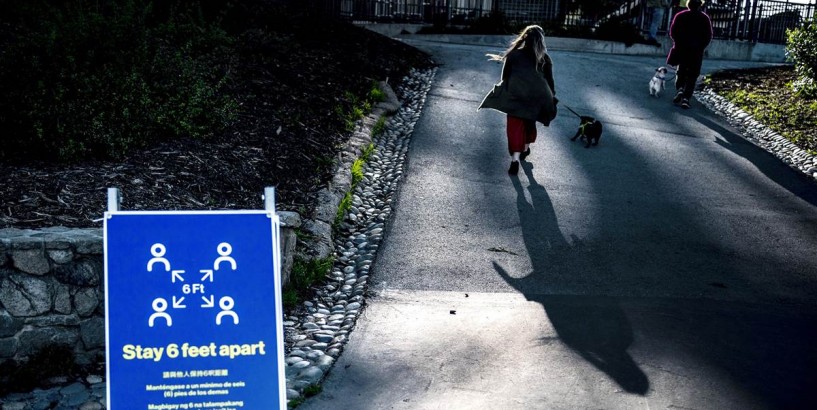 “Americans said we don’t want you here,” the harasser said in a video. “That’s why we elected President Trump."A San Francisco resident who faced anti-Asian harassment while walking her dogs is speaking out, urging those who witness such xenophobia to step in to help. Amanda Law, 36, a master's student at San Francisco State University, said she was near the Great Highway last month when a woman approached her to ask why she wasn't staying home. Law told NBC Asian America that she recorded the incident for protection.

“Americans said we don’t want you here,” the woman said later in the video. “That’s why we elected President Trump."

Law said at least five or six people intervened, and that she was grateful for it.

“I was like, ‘Thank God.’ Because I literally, at that point, I literally was cornered. I had nowhere to go,” she said.

She also advocated for those who witness xenophobic harassment to intervene.

“Be aware this is happening, make sure you know how to handle it when it happens, and if you walk by and you see someone being harassed, step in because, you know, you’re really going to help to save that person,” Law said.

Asian Americans have reported an increased number of xenophobic attacks , both verbal and physical, in the wake of the coronavirus. Nonprofits and public officials have launched bias response lines for Asian Americans to report instances of xenophobia , and congressional leaders have condemned coronavirus-related racism.

The San Francisco Police Department confirmed in an email that a police report was filed. In a statement, it said an unknown woman approached the victim and began yelling obscenities based on the victim’s ethnicity. The department also said that while the obscenities yelled were "abhorrent," it did not constitute a hate crime.