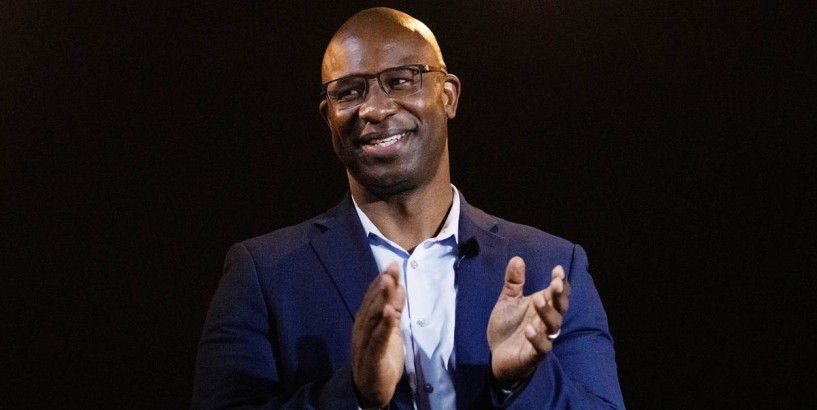 As election results trickled in from New York showing he was leading 31-year veteran Democratic Representative Eliot Engel, Jamaal Bowman told supporters he was part of a movement to deconstruct a system that is “literally killing us.” “Eliot Engel...used to say that he was a thorn in the side of (President) Donald Trump,” Bowman, a Black school principal running in his first political campaign, said on Tuesday night. “But you know what Donald Trump is more afraid of than anything else? A Black man with power.”

On Wednesday, Bowman held a commanding 27-point lead over Engel with absentee ballots still pending in Tuesday’s election in the New York district covering the northern Bronx and nearby suburbs.

Get a head start on the morning's top stories.

From New York to Virginia to Kentucky, Tuesday’s elections showed voters are favoring a new generation of minority candidates amid a national reckoning on racism after the death of George Floyd, a Black man, in police custody last month.

“People are tired of the status quo,” said Maurice Mitchell, a Black activist and national director of the liberal Working Families Party. “I think it’s further cemented at a time when all of our systems have failed us.”

Even before Floyd’s death triggered a wave of protests across the country over police mistreatment of African Americans, the number of minority candidates running for the U.S. House of Representatives had increased dramatically in 2020.

In the 22 states that held primaries before Tuesday, 31 percent of House candidates were minorities, up from 22.3 percent in the same states in 2018, according to research by Bernard Fraga, a political science professor at Indiana University. That is the largest uptick from one cycle to the next since at least 2006.

Perhaps more significantly, Fraga said, minority candidates have won or forced runoffs in nearly a third of their contests – the same percentage as the total number of candidates of color, suggesting they are as likely to win as white candidates.

The winners include candidates like Ella Jones, who this month was elected the first Black mayor of Ferguson, Missouri, six years after the police killing of teenager Michael Brown there galvanized the Black Lives Matter movement.

Meanwhile, pressure is mounting on Democratic presidential nominee Joe Biden to select a minority running mate. Biden, a 77-year-old white man, defeated the most diverse slate of candidates in U.S. history to clinch the nomination to face Trump in the Nov. 3 election.