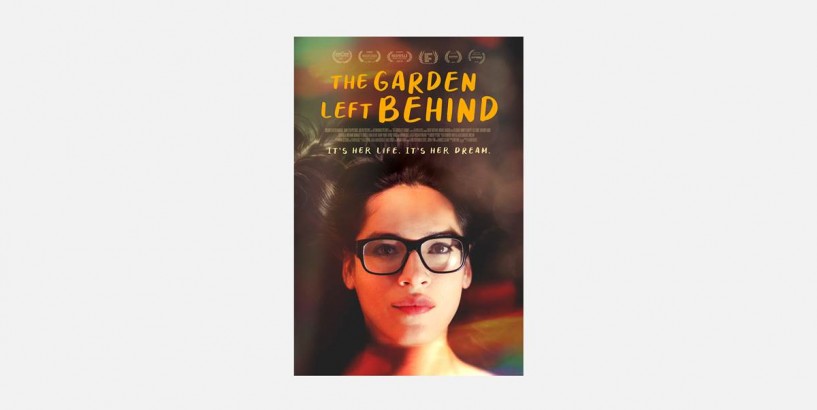 A trans, undocumented woman is just trying to live her life in 'The Garden Left Behind'

On screen, she plays a Mexican trans woman, an undocumented immigrant, and a Latinx livery driver who is trying to make it in New York. But off screen, Salvadoran-American actress Carlie Guevara urges viewers to look past labels to see her character in all her complexity and beauty—someone who can be your best friend, your sister, your granddaughter, a woman who sits next to you on the bus. Guevara says she can relate.

“As a trans woman, I can only speak for myself, that’s not all that I want to be remembered as,” Guevara told NBC News. “It’s just a matter of fact. It’s a lifelong thing. And it can be a mark that you carry on your back. But I think viewers can extrapolate that experience as being anything that is the "other" in society. And when you are the "other," you wear a target on your back.”

Carlie Guevara as Tina with Alex Kruz as Jason in Garden Left Behind. Dark Star Pictures

Guevara plays Tina Carrera in the award-winning LGBTQ film “The Garden Left Behind,” which releases in virtual theaters nationwide Friday, and VOD on September 8. It tells the story of Carrera as she starts her transitioning process without health insurance, and struggles to build a comfortable life with her grandmother Eliana (played by Miriam Cruz) in Queens, New York. The movie also stars Michael Masden and Ed Asner.

The movie garnered the Audience Award at the 2019 SXSW Film Festival .

Guevara, who grew up in Jamaica, Queens, says that trans women are often shown in movies through a big reveal or a big deception that puts their identity and love relationships in an unrealistic light. That is why Brazilian director Flavio Alves worked with the cast to show Tina and her girlfriends in a natural light that makes them relatable to everyone.

“We took a different approach,” Alves said. “We didn’t want to show Tina only as a trans woman. We wanted to show her with her friends, her family, and the love of her life. We wanted to present her as a human.”

By emphasizing everyday life, “The Garden Left Behind” aims to take away the taboo and stigma of being a trans woman and an undocumented immigrant. And this approach can compel viewers to change the way they see outsiders and connect with them on familiar terms.

Carlie Guevara as Tina in Garden Left Behind. Dark Star Pictures “Being trans, being Latinx, and being an undocumented immigrant are small parts of her whole experience,” said Alves. “And I hope that viewers can see trans women as whole humans who are like you and me.”

Ultimately, “The Garden Left Behind” is driven by Tina’s quest for happiness. During a meaningful scene, her friend Amanda (played by Ivana Black) challenges Eliana to change her perspective. Instead of questioning why Tina is transitioning, Amanda advises her to ask whether her granddaughter is happy.

In doing so, the film cues viewers to connect with Tina on a basic human level.

“Who Tina is on paper is not who she is in life,” Guevara said. “But she is focused on moving forward. And the idea of becoming someone is very relatable.”

Arturo Conde Arturo Conde is an editor and a bilingual freelance journalist. He writes for La Opinión A Coruña and has been published in Fusion, Univision and City Limits.