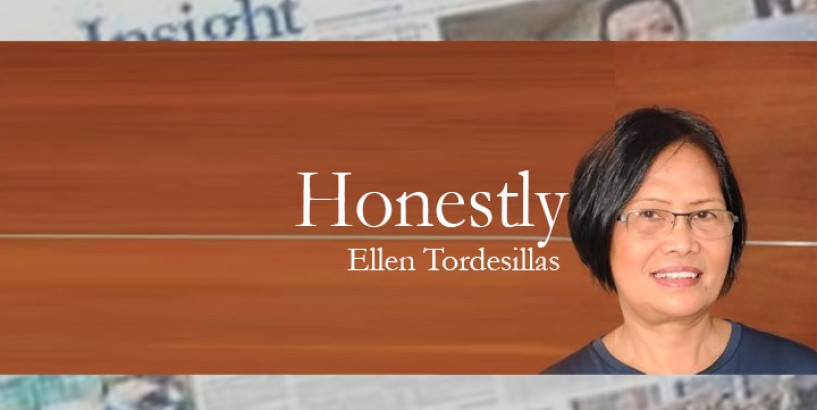 ‘Victory came easy for the forces that conspired to bring down ABS-CBN. But the rehabilitation of the image of those condemned by history won’t, as it will be fraught with the collective wrath of a people who live by democracy and the rule of law.’

IT IS heartening to see media members in the country across various platforms come together to raise their voices (and their fists, I imagine) against the assault on press freedom and democracy by 70 members of the House of Representatives who voted to deny broadcast giant ABS-CBN a new franchise.

It would not be easy for President Duterte and his minions, in his own words, to “kill journalism.” We sense the defiance from statements of members of the University of Sto. Tomas Journalism Society and UP College of Mass Communication.

The common message in all those statements is expressed in the statement of more than 500 reporters and editors from different organization in different parts of the country, which reminded the ignorant congressmen: “The role of a journalist in a democratic society is to keep the people well-informed to allow them to be free and self-governing, not to serve as any administration’s publicist.

“In denying the network of a franchise, the 70 lawmakers clearly want to treat the press as a propaganda machine that will serve their political interests, embellish their image, and parrot their spin,” the journalists added.

But the journalists are determined to overcome this setback: “Victory came easy for the forces that conspired to bring down ABS-CBN. But the rehabilitation of the image of those condemned by history won’t, as it will be fraught with the collective wrath of a people who live by democracy and the rule of law.”

The Consortium on Democracy and Disinformation, a national network of journalists, academics, and civil society representatives, zeroed in on the role of what it called “Cayetano Congress” in damaging democracy and spreading disinformation.

Here’s the D and D consortium’s statement in full:

“The Consortium on Democracy and Disinformation denounces the decision of the Committee on Legislative Franchises to reject a new franchise for the ABS-CBN network.

Despite the manifest unfairness of the hearings conducted, and the miraculously efficient 40-page report the Technical Working Group released 24 hours or so after the last hearing, the Cayetano Congress could not and cannot stop the truth from coming out: Other government agencies proved that the main issues thrown at ABS-CBN were baseless.

“For the Cayetano Congress to insist that these issues remain valid is to spread disinformation.

“The Department of Justice confirmed that network chair emeritus Gabby Lopez is a natural-born Filipino. The Securities and Exchange Commission testified that both ABS-CBN and GMA networks use Philippine Depositary Receipts and that they are not ‘evidence of ownership.’ The National Telecommunications Commission acknowledged that ABS-CBN did not violate its franchise with its multiple TVPlus programs. The Bureau of Internal Revenue proved that the network had no tax delinquencies. The Department of Labor and Employment said in its opinion ABS-CBN was compliant with labor standards (although, to be certain, other labor issues remain). To insist, as Rep. Rodante Marcoleta has done and the TWG report smoothly rationalizes, that these statements from government agencies do not matter and only ‘the will of Congress’ does is to abuse a power granted by the Constitution, in order to spread disinformation.

“The worst disinformation is to assert that denying the country’s largest news network a new franchise is not a press freedom issue. The TWG report itself devotes four pages to matters of editorial content: alleged ‘biased reporting, inappropriate program content and political meddling.’ To insist, as the report does in its conclusion, that this is ‘in no way related to the freedom of the press’ is to spread disinformation.

“Insisting on the so-called will of Congress at the expense of the truth is an abuse of power that damages essential traditions and institutions: predictability of rules, accountability of government officials, evidence-based policy-making. The Cayetano Congress used this will to prevent a news organization, however imperfect, from speaking truth to power. That’s the truth.”