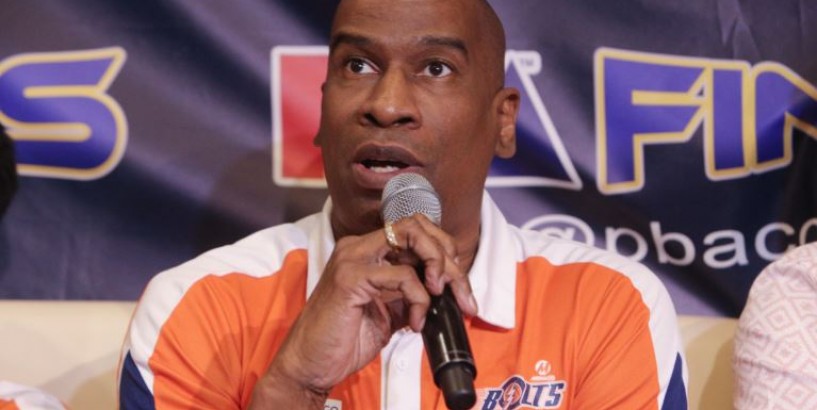 The Bolts were nearly shooting bricks as they made just 7-of-32 attempts from rainbow territory, a far cry from their 37-percent clip which is ranked second in the current conference.

Interestingly, Ginebra was the tournament’s best three-pointer shooting at 38 percent.

“We didn’t shoot the ball very well particularly from three-point land,” said Black. Ginebra does a good job of clogging the paint defensively. They want you to shoot from the outside.”

“Normally… we do a good job of shooting at a high percentage but tonight we did not. Even if we had open looks, we just couldn’t make it,” added Black, whose team did make 48.1 percent (26-of-54) from two-point range.

Chris Newsome collected 24 points but he converted 3-of-10 on his three-point shots, while import Allen Durham, who led Meralco with 25 points, missed all his attempts from the trifecta.

Raymond Almazan, a 6-foot-9 center who developed his shooting abilities as a member of Rain or Shine, had a better performance from the arc as he connected two on three tries.

But the usually prolific shooters Baser Amer and Bong Quinto shot a combined 3-of-15.

Allein Maliksi, brought to Meralco for his outside snipping, was a non-factor as he scored just two points – all from the free throw line. He missed all five field goal attempts, including four from the three-point area.

The Kings also struggled from the three-point territory, just a bit better than the Bolts as they converted 25 percent (7-of-28). Import Justin Brownlee shot 5-of-13 and new recruit Stanley Pringle made just 1-of-5.

Black expects improvement in Game 2 set Friday in Lucena City, particularly from their lead point guard in Amer, who had just nine points and three rebounds while failing to dish out a single assist in almost 29 minutes.

“We have to find a way for Baser to breakthrough,” said Black, pointing to the struggles Amer had since the first two finals in this same conference against Ginebra in 2016 and 2017.

“He just have to dig deep and breakthrough and have a great game,” added Black.