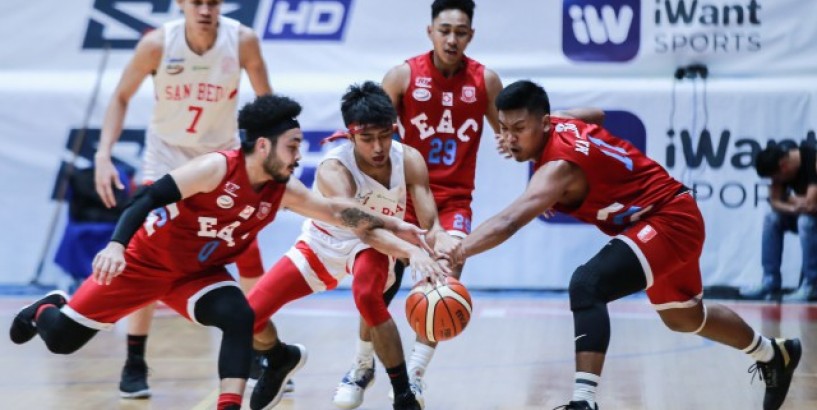 Much like the first time they clashed, San Beda University proved too much for Emilio Aguinaldo College.

The defending three-time champion Red Lions claimed their 10th straight win cruising to a 98-66 win over the EAC Generals at the start of second round action in NCAA Season 95 Tuesday at The Arena in San Juan.

Calvin Oftana, the leading Most Valuable Player (MVP) contender through the opening round, and AC Soberano added 12 points apiece off the bench.

Soberano scored all his points in the second period while Nelle, No. 2 in the MVP race who issued 11 assists during the run, scattered 11 points as SBU outscored EAC, 38-9, that turned a 16-14 edge into a 54-23 advantage at halftime.

It was the 22nd overall win of San Beda against EAC in as many games, or since the Generals joined the NCAA in 2009. The win was also the 24th straight for the Lions since August of last season.

San Beda head coach Boyet Fernandez said it was all about their preparation and being hungry to get the win.

“We’re really doing extra work on our skills, on our shooting,” said Fernandez. “My players really come to practice everyday with the mindset that thy have to improve on their shooting.”

The setback dropped EAC to 1-9.

Marwin Taywan led the Generals with 19 points, but got little support as only JP Maguliano was the other double-digit scorer as he added 17 points for the Oliver Bunyi-mentored team.