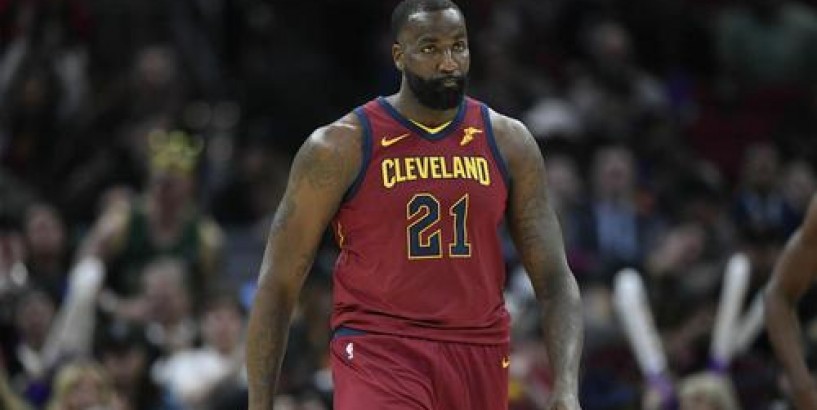 You got to give Kendrick Perkins some credit for being a good sport with this one.

Perkins -- who is viewed as an antagonist to many Warriors fans because of his "interesting" opinions about the team and its players -- had some fun with it.

He posted the picture to his IG account with the caption: "Why @officialwarriorsworld and the GS fans do old Perk like that?! I'll Dm them my Cash app later."

If you aren't familiar with the background -- this is what happened at the end of the third quarter in Game 2 of the 2018 NBA Finals between the Warriors and Cleveland Cavaliers :

Steph apparently talked some trash to Perk by saying: "You ain't playin' tonight?"

In the end, Perkins playing along with the trolling hopefully raises more money in the fight against COVID-19.

Now that's a great cause.