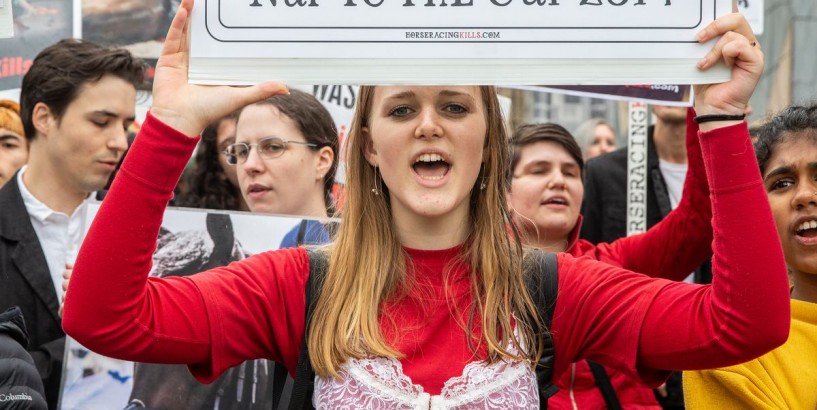 Nup To The Cup Is Trending, How Australians Are Saying No To Melbourne Cup This Year

After being the race that stops the nation for over 150 years, the Melbourne Cup is bringing many Aussies to a halt for a different reason in 2019 as they say ‘nup to the cup’.

Six racehorses have died since 2013 as a result of the annual event that takes place on the first Tuesday of November. From signs to Twitter hashtags and celebrity boycotts, people of all generations are now turning away from the social and sporting spectacle.