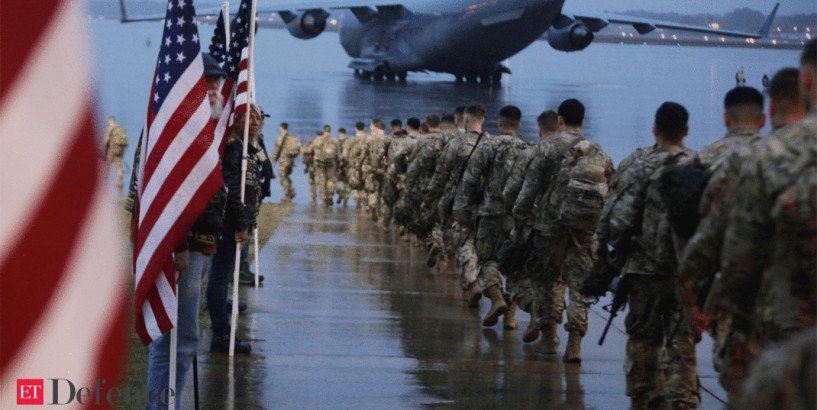 View: American policy makers support the Quad, but does the public ? - The Economic Times

The United States takes its defense alliance commitments seriously, as exemplified by its anchoring of NATO for over seventy years. The support for alliances and allies however is not an elite phenomenon.

Survey experiments by Professors Michael Tomz and Professor Jessica Weeks find that pre-existing alliance commitments increase Americans’ desire for U.S. intervention to defend countries even if the costs of doing so outweigh benefits for the U.S. Despite the Trump administration’s rhetoric about a transactional foreign policy approach that embraces isolationism, seven out of ten Americans in a 2017 Gallup poll support a leading or major role for the United States “ in trying to solve international problems ”, while 66 percent considered defending allies’ security as a very important foreign policy goal .

The US backed Quadrilateral Security Dialogue (“Quad”), founded in 2007 and which includes Japan, Australia and India, is a “strategic forum” for routinized exchanges of information, summits, and joint military exercises. Although not a formal alliance aimed at any particular country, experts acknowledge that it aims to balance China’s hegemonic military and diplomatic ambitions . An informal survey of the four member states’ policy elites by experts at the US based Center for Strategic and International Studies revealed broad agreement on increasing such cooperation between members . Policy elites, however, differed on whether the Quad should formalize a security alliance and increase economic cooperation.

Although American policy makers support the Quad, what does this tell us about public support? To address this gap, we conducted a web survey via mTurk of 1,011 American respondents on July 7, 2020. Respondents were randomly assigned one of two versions of a prompt to evaluate on a five-point Likert scale (strongly disagree to strongly agree):

(1) I would support a United States alliance with Australia, Japan and India in order to prevent China from dominating the Asia-Pacific region.

(2) I would support a United States alliance with Australia, Japan and India in order to prevent China challenging US dominance in the Asia-Pacific region.

We asked these two versions to identify whether constraining China in general or specifically to maintain US regional dominance elicited a stronger reaction. For example, does emphasizing US benefits increase support or imply that the alliance does not meet collective interests?

More importantly, the Quad alliance enjoys bipartisan support. Among Democrats, question (1) elicits 73.0 percent in favor of the alliance, dropping to 64.1 percent among those who were asked question (2) support the alliance. Republican support surpassed that of Democrats, with 79.7 percent in favor among those that received question (1) and 75.0 percent among those receiving question (2). Moreover, opposition among both Democrats and Republicans remains rare, at about 4 to 5 percent. The results suggest a broad acknowledgement of the challenges of a rising China and the benefits of alliances with democracies in the region. However, such overwhelming support may be temporarily influence by public perceptions of Chinese involvement or mismanagement in the spread of coronavirus.

A possible military alliance would also overlap with existing bilateral security alliances with Australia and Japan. Both are designated by the US as major non-NATO Allies and have US military bases. Australia is also part of the ANZUS alliance with the US and New Zealand, as well as part of the Five Eyes intelligence sharing arrangement between US, Britain, Canada, New Zealand, and Australia. Consequently, the greatest beneficiary from such an alliance would be India because at present majorities of Americans across both parties prefer to support neither India nor China in a military or economic confrontation between the two.

Overwhelming public support for such an alliance indicates that other regional countries facing Chinese aggression could be considered within the Quad. Vietnam’s defense ties with the United States have been on an upswing and South Korea is designated by the US as a Major non-NATO ally and has US bases. The US has accommodated both of them in the Quad-Plus Dialogue in 2020 , along with New Zealand. The result of including more countries could facilitate the evolution of a two-level alliance system, wherein the four core members have mutual security alliance-type commitments, while the Plus members have lower commitments and commensurate benefits. The problem for the US then would not be supportive public opinion, but explicitly laying out the benefits for joining the Quad system.

Vasabjit Banerjee is an assistant professor of political science at Mississippi State University. His research focuses on domestic and foreign policy effects of collective action in developing countries.

Timothy S. Rich is an associate professor of political science at Western Kentucky University and director of the International Public Opinion Lab (IPOL). His research focuses on public opinion and electoral politics, with a focus on East Asian democracies.