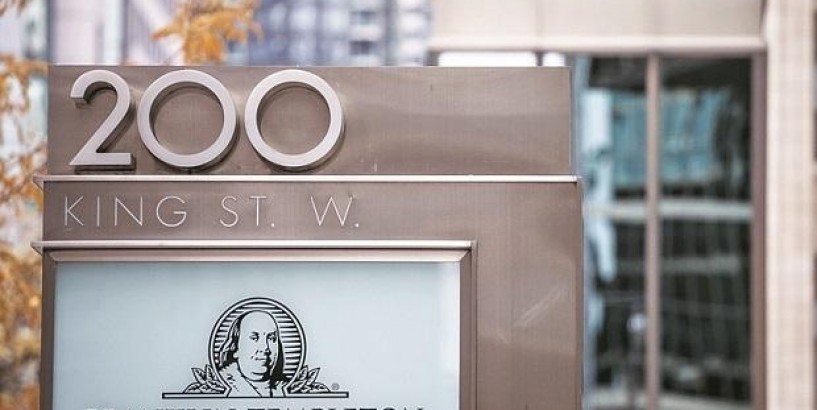 Business Standard SC stays FT's e-voting for winding up schemes, transfers cases to Kerala HC Franklin Templeton had filed a petition in the Supreme Court challenging the stay granted by Gujarat High Court on the e-voting process Topics Last Updated at June 20, 2020 00:03 IST email this article Type address separated by commas Your Email: Enter the characters shown in the image. Send me a copy:

https://mybs.in/2YO28DW It then transferred all the pleas in this case to a divisional bench of the Karnataka High Court for a fresh hearing. ALSO READ SC orders hearing of FT MF cases in Karnataka HC, e-voting stay remains

The Supreme Court on Friday ruled that all cases related to Franklin Templeton India shutting down six of its debt schemes being heard in various high courts -- Gujarat, Madras and Delhi -- will be transferred to the Karnataka High Court within two weeks.

It then transferred all the pleas in this case to a divisional bench of the Karnataka High Court for a fresh hearing.

The Supreme Court in an oral order also directed the Karnataka High court to hear these cases within three months. It said that until the matter is decided by the Karnataka High Court, the interim stay on the e-voting process for winding up the schemes will continue.

Franklin Templeton had filed a petition in the Supreme Court challenging the stay granted by Gujarat High Court on the e-voting process. The stay was granted on June 3, and a plea to vacate the stay by Franklin was rejected on June 8.

The Chennai Financial Markets Accountability (CFMA), a society to protect the interests of investors, was the first to oppose the Franklin Templeton move to abruptly close its six debt schemes and filed a PIL in Madras High Court which then issued notices to Franklin Templeton and SEBI on May 26, 2020.

Notably, about Rs 28,000 crore of investor funds have got stuck because of Franklin Templeton's decision to illegally close these six schemes, following which the fund house has been dragged to several courts across the country by innumerable investors.

By allowing Franklin Templeton to close these debt schemes, the CFMA said, the SEBI is legalising an anticipated loss of Rs 23,000 crore on around 40,000 unit holders, causing them to receive only Rs 5,000 crore over an indefinite period of time.

This is criminal on the part of SEBI as its duty is to protect and not sabotage the interests of investors, CEMA added.

According to the CFMA, the irony of the situation is, both Franklin Templeton and SEBI are silent on who is going to bear the Rs 23,000 crore loss due to this abrupt closure of these six debt schemes.

Investors are demanding that SEBI declare Franklin Templeton "not fit and proper" since it manages a total investment of Rs 1.16 lakh crore in its other schemes which could be similarly at risk to approximately 38 lakh investors if the closure of these schemes is permitted.