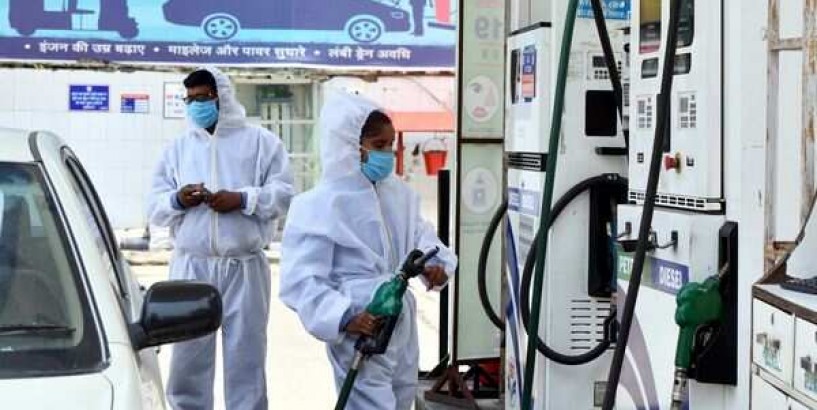 India's fuel demand is set to recover as authorities eased restrictions from Monday on industrial activity and transport in areas that have contained the spread of coronavirus, Oil Minister Dharmendra Pradhan said on social media.

State companies' sale of gasoil and gasoline is also showing signs of demand revival. Sales of two fuel gasoil and gasoline in the later part of April recovered from the first half of the month, provisional industry data provided by two sources, who asked not to be named, shows.

"Sales of petrol, diesel and jet fuel have reduced by 70% in April from a year ago," Pradhan said in Hindi.

"From April 17 some activity picked up in rural India and from today, activity will be stepped up in rest of the country, which will push up demand."

Last month state companies' sale of gasoline and gasoil fell 61% and 57% from a year earlier, the data showed, versus a decline of 64% and 61% in the first half of April. [

The nationwide lockdown, among the world's strictest, is being relaxed in some areas with fewer infections, although it will stay until May 17, the government said last week. The measure was adopted on March 25 and extended twice.

"This is an unprecedented situation when fuel and oil demand have come down drastically because of lockdown," Pradhan added. Despite all these challenges the supply chain is intact and refineries are operating."

Indian refiners, which had cut crude processing because of a fall in fuel demand, are now gradually raising output.

"There are signs of a pick-up in demand which should accentuate with more relaxations coming in," said M.K. Surana, the chairman of HPCL.

Indian state refiners' crude processing will 'definitely' go up with a pick-up in demand, he added.

India's fuel sales in April fell about 50%, the same level as in the first half, as sales of liquefied petroleum gas (LPG)or cooking gas softened later in month.

State retailers sold 12% more LPG in April from a year earlier while sale of jet fuel plunged about 92%, the data showed.

In its latest report, the International Energy Agency said India's annual fuel consumption, a proxy for oil demand, would fall 5.6% in 2020, versus a forecast for growth of 2.4% in its March report. (Reporting by Nidhi Verma)