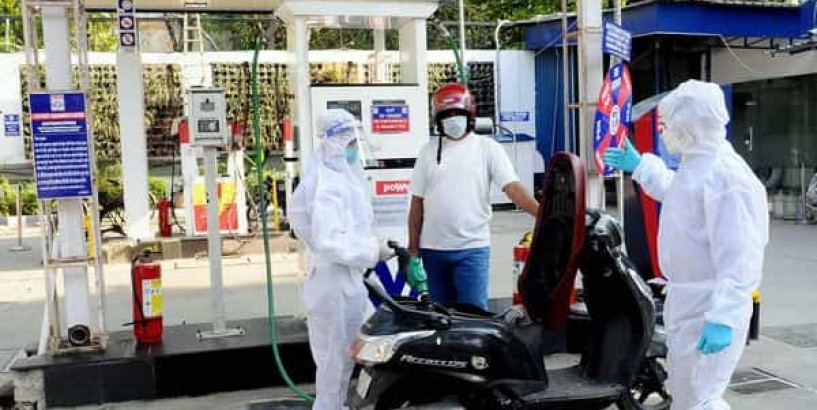 NEW DELHI : Amid a slump in crude oil market due to the global spread of coronavirus and related lockdowns in several countries, petrol and diesel rates continued to be frozen for the 50th day today. Oil marketing companies have, however, cut the price of jet fuel (ATF) by a steep 23.2% or ₹ 6,812.62 per kilolitre to ₹ 22,544.75 per kl in Delhi.

ATF, which is used as a fuel in aeroplanes, now costs less than one-third of the price of petrol used in cars and two-wheelers. This the steepest cut ever and sixth reduction in ATF prices since February. Since February, jet fuel prices have been cut by almost two-thirds. ATF price in Delhi before the reduction cycle began in February was ₹ 64,323.76 per kl and now costs ₹ 22,544.75 per kl. Similar reduction has been effected in other metro cities as well.

Fuel rates have, however, increased in some cities like Bengaluru, Mumbai and Kolkata on account of a hike in VAT by the respective state governments. The market priced or non-subsidised kerosene is now much cheaper than petrol and diesel after its rates were cut 13.3% to ₹ 39,678.47 per kl ( ₹ 39.67 per litre), according to a notification issued by state-run OMCs.

While the oil PSUs have regularly revised ATF prices, they have since March 16 kept petrol and diesel prices on hold ostensibly on account of extreme volatility in the international oil markets.

Petrol and diesel prices were frozen soon after the government raised excise duty on the two fuels by ₹ 3 per litre each to mop up gains arising from falling international rates.

Oil companies, instead of passing on the excise hike to consumers, decided to adjust them against the reduction required because of the drop in international oil prices. They used the same tool and did not pass on the Re 1 per litre hike required for switching over to ultra-clean BS-VI grade fuel from April 1.