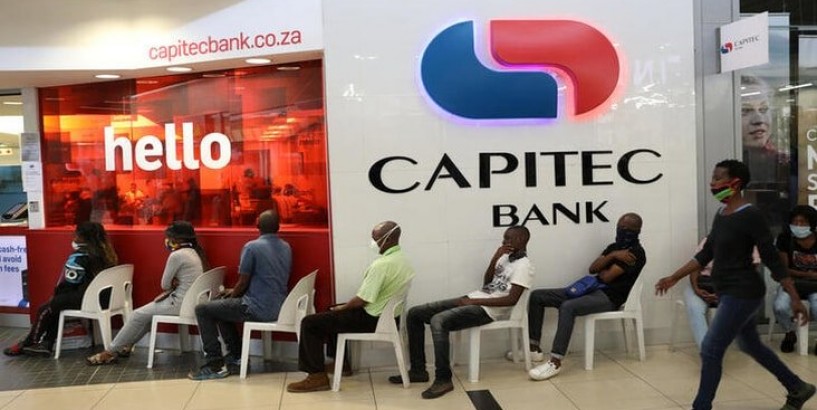 This is part 2 of a series.

Banks will report “significantly reduced earnings because of the impact of the crisis, but we don’t expect them to breach minimum capital levels,” says Dudu Tembo, a portfolio manager at Argon Asset Management in Cape Town. “The banks remain well capitalised and are in no danger of solvency challenges.”

An initial liquidity squeeze has reversed and been normalised, says Tembo. The South Africa Reserve Bank has told the country’s lenders to avoid paying dividends and executive bonuses this year to conserve capital, though dividends that were announced in March can be paid.

Still, there are “clear indications that credit impairments will go up significantly”, says Tembo. “It is clear that all the banks will be affected.”

Capitec , which focuses lending to people with lower incomes, stands to suffer more than the rest as it “may be perceived as lending to people who are losing their jobs,” says Owen Senzangakhona Nkomo, chief investment officer at the Inkunzi Student Accommodation Fund in Johannesburg.

In May, PSG Group , the bank’s largest shareholder with 30.7%, said it would cut its stake to 4.3% by distributing Capitec stock to its own shareholders. PSG, which is owned by the Mouton family, said that move was intended to avoid being defined as a conglomerate under new legislation, which would lead to increased administration. Analysts have said that the move aims to reduce the discount to net asset value at which PSG shares trade. Even so, Capitec’s shareholders are strong enough to save it if needed, Nkomo says. Other main Capitec shareholders are the Government Employees Pension Fund (GEPF), Limietberg Beleggings, and Lebashe Investment Group, each with just over 7%. Diversification questioned For South African banks, COVID-19 has been an example of what the US mutual fund manager Peter Lynch referred to as “diworsification”: dragging down returns by investing in too many similar assets.

The pandemic has been the wrong crisis for geographical diversification: far from spreading the risk, the pandemic simply adds to the logistical difficulties of a bank operating in different African countries . And if the pandemic is followed by a long global recession, then operations in other African countries aren’t going to help South African banks.

“Diversification is a double-edged sword,” says Paul Hollingworth, managing director at Creative Portfolios in London. “It’s certainly no panacea.” Hollingworth, who analyses banks globally, says that “the jury is out on whether to go regional, global, or stick to your knitting at home.” “Many banks have become more national after years of diversification,” he says. “They just couldn’t cut it outside their home franchise.” Standard Bank and Nedbank have considerable geographical diversification in Africa, he notes – but the market is not putting much value on their operations outside South Africa. The losses that Nedbank have suffered in Zimbabwe, incurred in 2019 before COVID-19, show that diversification brings risks as well as opportunities, he says. For South African banks expanding across the continent, “a great deal will depend on fintech integration and technology and getting the right personnel on the ground to make diversification work,” says Hollingworth. Bailouts A positive impact of the crisis is the proposed reform of rules of bailouts. New rules in the Financial Sector Laws Amendment Bill will shift the risk of failing banks away from public funds , which would no longer be used for rescue, to shareholders and creditors.

The change may in part be due to the outcry over public money being used for South African Airways, says Petri Redelinghuys, founder of Herenya Capital Advisors, an equity brokerage in Johannesburg. READ MORE South African SAA staff not paid for May, desperate for answers

After previous talk of raiding pension funds to meet state liabilities, the move “sets the market at ease,” he says. It’s “a step in the right direction for a free market.” Deposit insurance at least gives depositors some security, says Hollingworth. “The ‘resolution and deposit insurance’ framework seems to bring South Africa up to best practice globally.” Necessity has been the mother of reform. “We are broke,” says Nkomo. “We don’t have any money. It makes no sense to borrow to save banks.” Bigger banks should step up and buy smaller ones if necessary. It makes “absolutely no sense” for the government to do so, says Nkomo. Bottom line: South Africa’s banks will suffer continued losses as diversification has extended rather than tempered their risks under COVID-19.