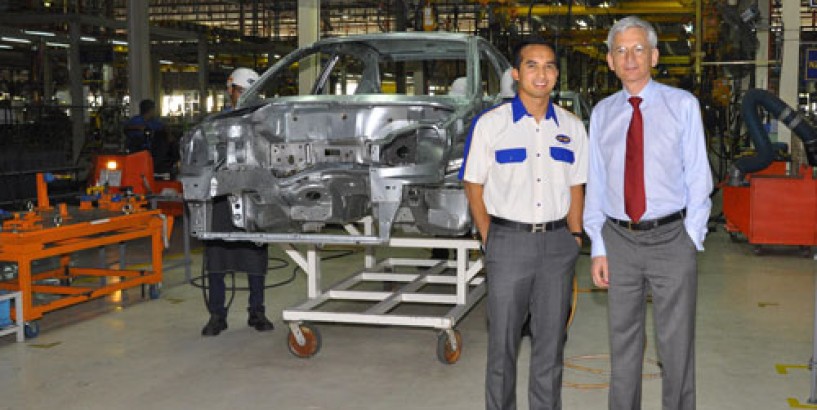 Nasim to up exports of 207 to Thailand, Indonesia is next

Nasim Sdn Bhd, the official Peugeot distributor in Malaysia, will be increasing exports of its 207 to Thailand. Nasim began exporting the 207 to Thailand in November last year with an initial batch of 44 units, and this latest order is understood to be much bigger than the previous shipment. The next destination for the B-segment sedan is Indonesia in March.

SM Nasarudin SM Nasimuddin, CEO of Nasim announced this during the visit of Marc Barety, France’s Ambassador to Malaysia, to the Naza Automotive Manufacturing plant in Gurun, Kedah. Barety was accompanied by members of the French Embassy and the Malaysian French Chamber of Commerce and Industry.

“Besides Thailand and Indonesia, we will soon begin exporting the 207 to other markets in the region such as Brunei and Sri Lanka as well as right-hand drive markets in Africa. This in turn will further establish Malaysia as Peugeot’s hub for the region,” said SM Nasarudin. He also revealed that Nasim sold a total of 306 units of the 207 sedan locally in January.