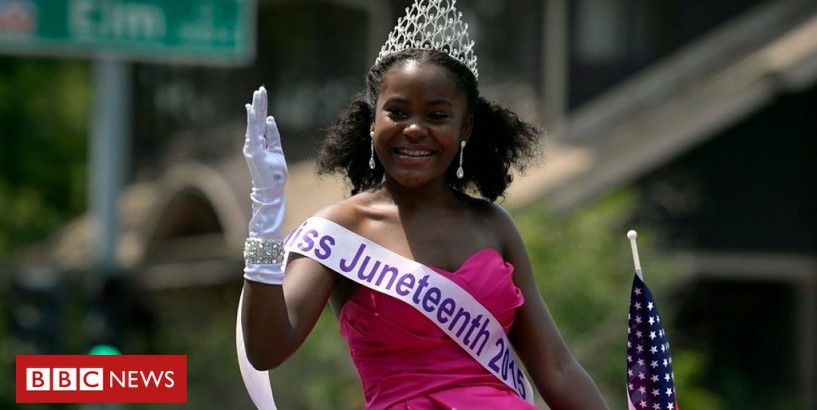 Juneteenth is a celebration of African-American freedom

Video Juneteenth is a celebration of African-American freedom On 19 June, 1865 enslaved people in Galveston, Texas received the news that slavery had been abolished and they were free.

The day became known as Juneteenth, a word created by joining the words ‘June’ and ‘nineteenth’ together, and is celebrated every year by African-American people to commemorate the end of slavery.

For many, the day has become even more poignant in light of George Floyd's death and the demonstrations in support of the Black Live Matters movement.

Produced and edited by Miriam O'Donkor