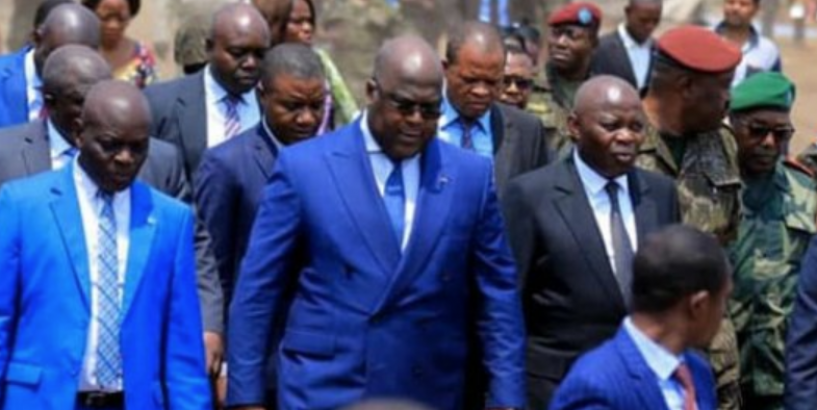 DRC: Vital Kamerhe says “I was not the only supervisor” at trial | The Africa Report.com

“I was not the only supervisor of the 100-day programme of the Head of State”.

Kamerhe’s purpose in saying this at the opening of his trial on Monday, 11 May, was clear: while he has been claiming his innocence ever since he was charged and remanded in custody for alleged embezzlement of nearly $50m in funds earmarked for the Hundred Days Programme, he is not going down quietly.

His line of defense seems manifest:

On the one hand, Kamerhe says he did not act on his own initiative, but on behalf of his boss, President Felix Tshisekedi.

He also points out that he was not alone in supervising the setting to music of the Hundred Days Programme. “There were nine of us,” he insisted.

Nine supervisors and 20 members are in fact included in the organization chart of the Hundred Days Programme Coordination Committee, which is responsible for coordinating the work, monitoring its execution and financial aspects.

So who are the managers pointed out by Kamerhe?

What was the scope of their respective responsibilities at the time of the events covered by the charge? Portrait of the personalities appearing in the organization chart of this committee, to which have seen.

He is the president of the Union for the Congolese Nation (UNC), one of the main parties, together with the Union for Democracy and Social Progress (UDPS), to form the Cap for Change (Cach) coalition.

Vital Kamerhe is thus the main ally of the Congolese head of state within this formation.

– Olivier Mondonge A lawyer by training Mondonge is Felix Tshisekedi’s deputy chief of staff in charge of social and environmental issues. He is a specialist in development projects.

– Nyembo Guylain An economist trained in Belgium, he made his career in a Dutch multinational company, for which he held several positions on the continent, notably in Rwanda and Nigeria. He was also national secretary in charge of youth at UDPS Benelux.

With a reputation for integrity and rigour, he is close to the Head of State, with whom he has worked in Europe. He is now his deputy chief of staff in charge of the economy and reconstruction.

– Gety Mpanu Mpanu This teacher from the province of Bas-Congo is Félix Tshisekedi’s deputy chief of staff in charge of infrastructure, mining resources, hydrocarbons, energy and ICT.

– Désiré-Cashmir Kolongele Eberande A lawyer in commercial and economic law and a professor at several universities in the country, he was Deputy Chief of Staff to the Head of State in charge of legal, political and administrative matters before being appointed to take over as Acting Chief of Staff of Vital Kamerhe.

If it was imposed within the coordinating committee of the Hundred Days Programme by Jean-Marc Kabund-a-Kabund, the interim president of the UDPS, it is not a product of that party, according to several of Tshisekedi’s close associates.

– Henry Yav Mulang Minister of Finance at the time of the affair, in the outgoing government led by Bruno Tshibala, this member of the People’s Party for the Reconstruction of Democracy (PPRD) was a close associate of former President Joseph Kabila.

– Pierre Kangudia Mbayi Minister for the Budget at the time, he is a former close collaborator of Vital Kamerhe. He distanced himself after Kangudia’s refusal to leave the government in April 2017.

He had since put himself at the disposal of Joseph Kabila, who kept him in government until he left office. He is currently a member of the Front Commun pour le Congo (FCC, the coalition of the former Congolese president).

– Thomas Luhaka Losenjola Former President of the Assembly and former Secretary General of Jean-Pierre Bemba’s party, the MLC, Thomas Luhaka also served as Minister of Infrastructure, Public Works and Reconstruction in the Badibanga and Tshibala governments. He is currently Minister of Higher and University Education in the Ilunga government.