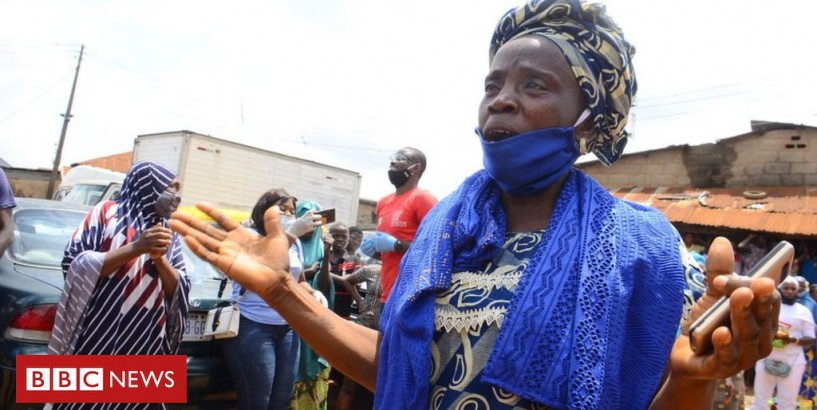 Coronavirus: How fast is it spreading in Africa?

Githinji Gitahi, the head of Amref Health Africa, an NGO which specialises in health matters, says the higher rates could be an indication of much higher infection levels than those being recorded, but it could also be as a result of relatively low levels of testing. The fewer tests you carry out, the fewer confirmed cases you find, and so the number of deaths appears relatively high.

The WHO says using community surveillance, where community health workers and other frontline staff report Covid-19 deaths, could be behind the high death rate reported, for example, in Chad. How much testing is done in Africa?

There are wide variations in testing rates, with South Africa doing the most and Nigeria doing relatively few, according to Our World in Data, a UK-based project which collates Covid-19 information .

It’s worth pointing out that for some African countries, it is impossible to know what exactly is happening due to a lack of any data or data being incomplete.

“We have to take the numbers with a pinch of salt,” says Chiedo Nwankwor, a lecturer in African affairs at Johns Hopkins University in the US.

In Tanzania, President John Magufuli has voiced doubts about the validity of virus testing results at the national laboratory, and has allowed only limited data on infection rates and testing to be made public.

Equatorial Guinea had a row with the WHO after accusing its country representative of inflating the number of Covid-19 cases. For a while it held back its data, but has now started sharing it again.

And in Kano state in northern Nigeria, an unusual spike of close to 1,000 deaths was reported in late April, but the government has not still confirmed how many were due to Covid-19.

Note: The graphics in this page use a different source for figures for France from that used by Johns Hopkins University, which results in a slightly lower overall total. US figures do not include Puerto Rico, Guam or the US Virgin Islands.