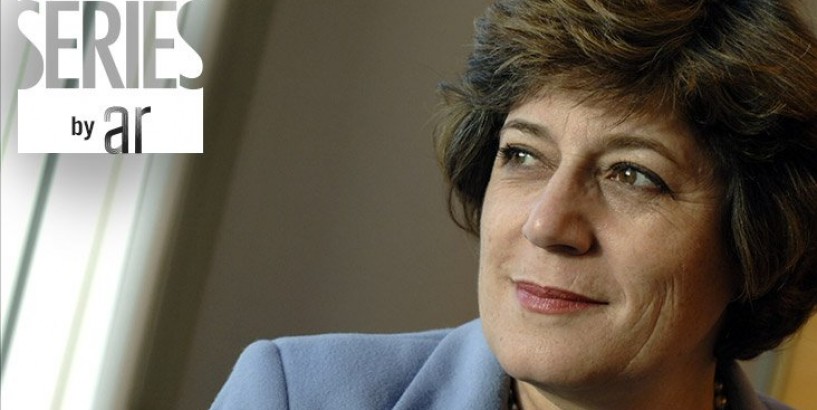 “I simply tweeted saying getting loans is one way of laundering money ,” explains Ana Gomes , the former Portuguese MEP who has taken on the elites of both Angola and Portugal through her investigations, official complaints, in the media and in court.

Isabel Dos Santos sued Gomes for tweets she alleged had damaged her honour and reputation. “I said in court, you have the reputation of mother Teresa of Calcutta or the reputation of Al Capone ,” says Gomes, who is small in stature but exudes energy. It is no secret who Gomes thinks Isabel resembles.

Portugal – Angola connection alive as ever The Portuguese landed in Angola more than 400 years ago, brutally colonized it and stayed until 1975.

The elites in Luanda and Lisbon have quarreled but were ultimately drawn back together because of the synchronicity of their economic interests.

One savvy business executive who welcomed us to his Lisbon boardroom dotted with photographs of stars and politicians he had met, explained it as a relationship that moved with the economic tides. Most recently, Angolan investors saved several floundering Portuguese companies.

“(Engineering firm) Efacec was bankrupt, Isabel (Dos Santos) saved it. It employs 2,700 families – that makes it a huge employer in the north of Portugal,” he said.

“Everybody in Portugal wanted to do business with her. And everybody who does business in Angola is responsible for corruption. Angels are in heaven.”

“Caught with our pants down” There are dissidents on both sides of the coin – people like Gomes, a member of Portugal’s Socialist Party, or Rafael Marques in Angola. The Dos Santos crisis is shining a light on the often shady mechanics of the relationship. This is awkward for some businesses in Portugal where, as one legal source put it, “we were caught with our pants down. There is no way we can justify – legally or morally – the role we played”.

You can see, the level of complicity here was also very much political.

On 17 January, three days before the publication of Luanda Leaks , the court in Lisbon rejected Dos Santos’s libel case against Gomes. A lawyer by training and a former career diplomat before becoming a politician, Gomes points to EuroBIC, in which Dos Santos had a 42.5% stake until February, as just one example of the complicity between Portugal and Angola for personal enrichment of the elites on both sides of the Atlantic.

“That’s outrageous because the state – Portuguese taxpayers – had put over 5 billion euros in the bank (to save it),” explains Gomes.

“Then – coucou (peek-a-boo) – he (Teixeira dos Santos) becomes the CEO of her bank (EuroBIC),” she adds.

Portugal’s central bank is currently scrutinising Eurobic’s compliance with anti money laundering rules and in January said it was assessing the suitability of Dos Santos as a shareholder in Portuguese banks.

Critics of the Dos Santos regime and anti-corruption investigators accuse Barroso, who is now the non-executive chairman of Goldman Sachs, of trying to block investigations into top regime officials and their business partners in Luanda and Lisbon.

Lisbon, Portugal “You can see, the level of complicity here was also very much political. This isn’t just Isabel Dos Santos and her husband – she was acting as a front woman for her father. A lot of people are implicated here – these people will want to get as much as they can themselves,” explains Gomes.

READ MORE Angola: Where did all the money go? Part 1, a family feast

Some of the transactions were, as the business executive says, so obvious that they were “como o gato escondido com o rabo de fora” – a popular Portuguese saying meaning like a cat hiding with its tail showing.

But opinion remains divided over whether the judiciary in Lisbon will be able – or willing – to flex its muscles given that investigating Angolan corruption will implicate senior Portuguese officials. Gomes says parties from across Portugal’s political spectrum – including her own – have been complicit, with the exception of the Bloco Esquerda.

Although Portugal’s judiciary has the capacity to act, much will depend on Angola’s determination to follow the money. Portugal’s politicians will try to exert their own leverage. It’s a delicate balance.

“Lisbon is using its support for Angola to ingratiate itself … we are becoming submissive to this guy (Lourenço) like we were submissive to Dos Santos ,” a disgruntled business man in Lisbon concluded.

Also in this in Depth: breaking the mould Angola exposé: President João Lourenço breaks the mould An exclusive five-part series that looks into the campaign to retrieve Angola's stolen money at a time when the country's economy is suffering from a massive restructuring programme, record low oil prices and the impact of COVID-19.

connect the dots Angola exposé: Joining the dots In the first of a five-part series on Angola's campaign to find its stolen funds, we meet the man central to the country's hunt to retrieve its missing billions.

THE MONEY CHASE Angola exposé: The money chase In the second of a five-part series on Angola's campaign to find its stolen funds, we explore one of the leading characters of this story: Isabel dos Santos.

INTERNATIONAL IMPLICATIONS Angola exposé: International implications In this fourth of a five-part series on Angola's campaign to find its stolen funds, we explore the many companies, both in Angola and abroad, that may be implicated in the missing billions.

LUANDA LIFE Angola exposé: Luanda life In the fifth and final part of a series on Angola's campaign to find its stolen funds, we look at how far President Lourenço may go in his quest to right the wrongs of the past; even if it means creating division among Angolans.