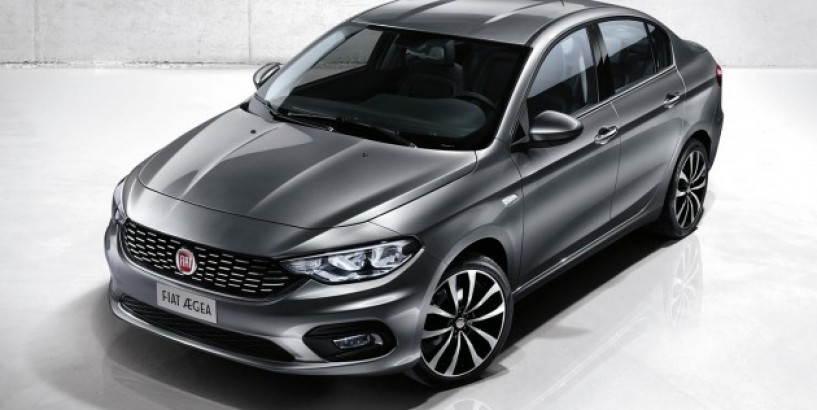 Aegea - a B-segment sedan for the EMEA region

This is the new Fiat Aegea (officially Ægea), a B-segment sedan designed for EMEA markets such as Eastern and Central Europe, the Middle East and Africa. Unlike the rest of Europe which have a fondness for hatchbacks, countries like Turkey like affordable sedans which is why there are products like the Aegea, which will go against competitors like the Peugeot 301 , Citroen C-Elysee , Skoda Rapid and Renault Scala .

The Fiat Aegea rides on a wheelbase of 2,640 mm which is longer than usual for a B-segment sedan. It measures 4,500 mm long, 1,780 mm wide and 1,480 mm tall, and has a boot space of 510 litres. Fiat specifically mentions in their press release that the Aegea was designed to be a three-box sedan thus doesn’t suffer from the ‘hatch with a boot tacked on’ syndrome that some B-segment sedans suffer from.

The interior looks decent enough – we see lots of parts sharing with cars like the Jeep Renegade in there like the steering wheel and the air-con controls. The Aegea can be specced with a five-inch Uconnect TM touch screen infotainment system with the option for a reverse camera as well as TomTom satellite navigation.

Under the hood is a choice of two turbodiesel engines and two petrol engines, paired to either manual or auto transmissions. No specific details yet, but engine outputs have been mentioned to range between 95 to 120 hp. Fiat says a diesel Aegea should be able to achieve under 4.0 litres per 100 km.