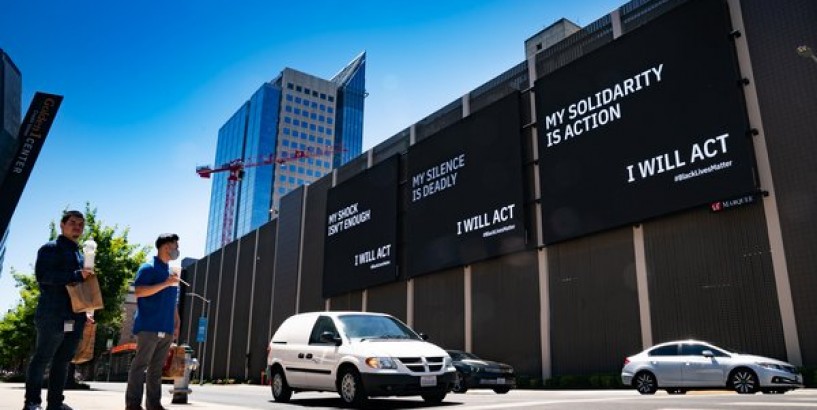 by Larissa Faw , 9 hours ago

The Zambezi agency is turbocharging what originally started as a social media post to express solidarity with the Black community, running the message across 58 billboards in 11 U.S. markets.

The campaign features statements like “My Solidarity is Action” and “My Silence is Deadly,” and signs off with the promise of “I Will Act.”

Although all of the designs were created without the agency’s logo to avoid any hint of self-promotion. The only purpose was to amplify the BLM movement. However, the agency’s logo was added to a “handful” of OOH units after specifically being requested by a particular vendor.

This initiative took on a life of its own, as passion projects tend to do. The original messages were penned by Zambezi’s Black employees and then amplified by the agency’s employee-led D&I initiative, Open Waters.

When the Zambezi Open Waters team launched the social justice campaign on social, OOH specialist Quan Media, a frequent partner of Zambezi on campaigns, reached to lend its support to the effort.