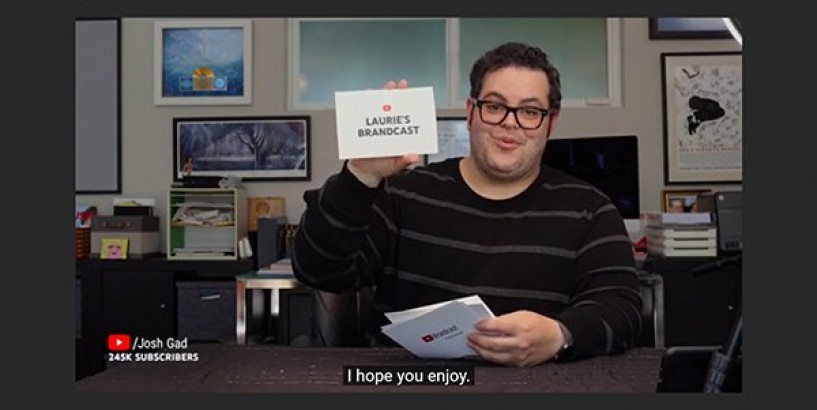 by Laurie Sullivan @lauriesullivan , 4 hours ago Sports icons and musicians such as The Rolling Stones and Led Zeppelin use YouTube to connect with fans.

Creators are tapping into the platform for social causes, donating millions of dollars to charity. For example, Mark Ronson created a DJ set called the “Love Lockdown” mixtape, donating $5.7 million.

In its first virtual Brandcast, YouTube plays off personalization and authenticity, attempting to solve some of the most pressing demands such as reaching consumers on the couch, capturing demand in the moment viewers are ready to take action, and proving performance to advertisers and creators , according to Allan Thygesen, president of the Americas at Google. Thygesen's portion of Brandcast was pre-recorded from his home.

“In YouTube’s 15 years we’ve been inspired by so many iconic campaigns, building brands and growing businesses,” Thygesen said, making a case for advertisers to spend their budgets.

On Thursday, YouTube sent personalized videos through Brandcast Delivered, to provide a window into some of its most popular video categories, ranging from sports and music, comedy, food, to education to thousands of brand and ad agency partners including media buyers .

Stay-at-home orders put in place by COVID-19 helped drive an increase in viewing for many of those categories, the company explained.

For years, YouTube has argued that marketers should think of the billions of videos on its platform as they do television productions, shifting more of their budgets to its platform. New data and personalized services attempt to convince them to do just that.

In the past year, YouTube has estimated 80% growth in watch time on TV screens, and more than 100 million monthly viewers watched the platform’s videos on TV sets in the month of March.

More people come to YouTube to help them decide what to buy. The video ads drive actions and downloads, with nearly 1 billion conversions in the past year.

Some of the content announcements included a partnership with Demi Lovato on a four-part docuseries, a follow-up to the 2017 YouTube Originals documentary, “Simply Complicated.” The series will follow Lovato returning to show fans her personal and musical journey over the past three years. The series is directed by Michael D. Ratner and produced by OBB Pictures.

Lockdown, which premieres June 26 on YouTube Originals for Kids & Family Channel, is a 10-episode scripted Kids & Families series that follows six friends as they work together to solve a mystery in their neighborhood during the social-distancing era.

Shot entirely via webcam and smartphone from the actors’ homes and neighborhoods, “Lockdown” is among the first scripted live-action kids series to be fully developed and produced remotely, and received the Special Achievement Award for excellence in COVID-19 programming for Prix Jeunesse International, the global festival that every two years recognizes the best in children and youth television.

Based on creator feedback, YouTube in May announced a reimagined Google Preferred for UpFront, renaming it YouTube Select. In the U.S. It’s a dedicated streaming TV lineup.