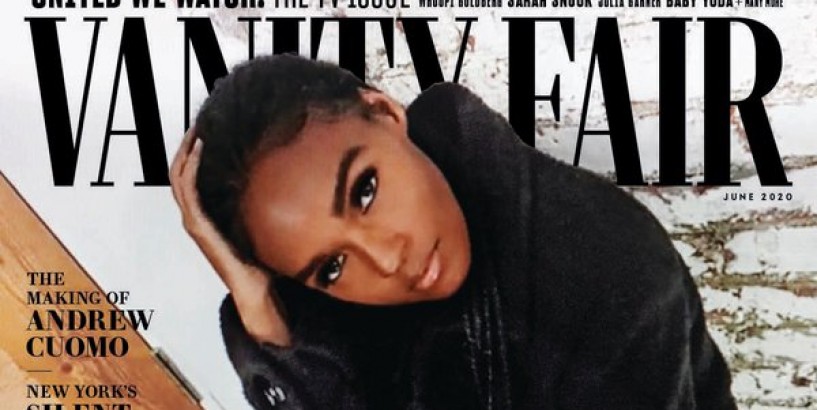 Vanity Fair’s latest cover, featuring singer-songwriter and actress Janelle Monáe, was shot via video conferencing platform Zoom. Collier Schorr photographed Monáe for the June issue of the entertainment magazine, from a distance. With the COVID-19 pandemic making it nearly impossible to shoot in person, photographers and creative teams have had to find virtual ways to get the cover shot. The Cut’ s May cover, for example, was also shot via Zoom. The issue features actress-designer Chloë Sevigny, photographed by Elizaveta Porodina. Porodina called in from Munich, and Sevigny from Manhattan. “It’s not a big trick to go online and take a screenshot of someone,” Porodina told The Cut . “The big trick is how can it be truly your piece that you’re really proud of.”

advertisement “In this situation, the subject has a lot more control and much more artistic license than usual," she added. "They’re going to be the one adjusting the camera. They’re going to be the one making decisions.” Sevigny had to be her own location scout, hair stylist, makeup artist, costume designer and creative director, according to The Cut . In a different take, Fast Company creative director Mike Schnaidty created virtual backgrounds for Zoom, with templates of different magazine covers and cover lines.

Anyone who downloads the images can upload them to Zoom and look as if they are featured on a Fast Company magazine cover, as “Most Creative” or “Most Productive."