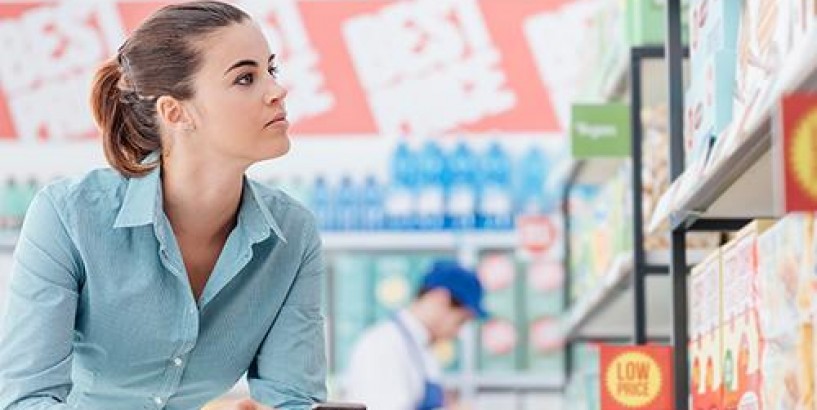 U.S. Consumers Feel Safer About In-Store Shopping U.S. Consumers Feel Safer About In-Store Shopping By Thad Rueter - 05/26/2020 As retail pandemic protection efforts continue, more shoppers are feeling optimistic about returning to stores. As more parts of the national economy reopen during the ongoing COVID-19 pandemic, consumers have gained more confidence about going back into retail stores, at least according to data released Tuesday by Deloitte.

The latest “ Deloitte Global State of the Consumer Tracker ” found that 42% of U.S consumers feel safe enough, from a health-risk angle, to return to physical retail stores. That’s a significant improvement from about 34% of U.S. consumers who said the same thing in late April. Deloitte based its latest findings on a survey of 1,000 U.S. consumers conducted between May 12 and May 16.

While food retailers have seen demand and sales skyrocket — along with labor costs — other merchants not deemed essential are struggling. They continue to wonder what it will take to get shoppers through the doors as other businesses start to open and try to get revenues flowing again. That more consumers are apparently feeling safe about in-store shopping can serve as a genuine, if relatively small, cause for optimism for many merchants, especially small businesses.

For example, shoppers who are becoming less worried about their health during these extraordinary times still have major concerns about whether they can afford to make retail purchases beyond groceries and other vital items. Deloitte said that 43% of U.S. survey respondents are still putting off major purchases, in large part because 27% of U.S. consumers still worry about being able to make upcoming payments.

That anxiety appears within various consumer segments, including Millennials, who before the pandemic were at least on a rough path toward their peak earning years and the various retail rewards that come with that. Deloitte said that 38% of U.S. consumers between the ages of 18 and 35 report having “immediate financial concerns.” As well, 37% of all U.S. consumers fear losing their jobs, according to the survey report.

Even so, there is perhaps another bright spot in the new report, at least for some retailers. Deloitte found that 82% of U.S. consumers soon plan to buy retail products online and pick up those items at stores, a good sign for ongoing online and mobile commerce efforts, and associated curbside pickup programs. Only 40% of consumers plan to use those programs because of fears about health risks, down from 48% in the previous Deloitte survey. That suggests more consumers are being won over by retail e-commerce efforts created or boosted during the pandemic.

“We are observing some early positive signals across the world which should help give confidence to business leaders as they transition from responding to this crisis to rebooting their recovery,” said Seema Pajula, vice chairman, U.S industries and insight leader for Deloitte. “While the next few months will be full of challenges, consumers are demonstrating that they are eager to return to some semblance of normal life — even if cautiously. This sentiment can provide a solid foundation for business recovery.”

How Would a Delayed Prime Day Impact Retail? Amazon reportedly will move the annual event to September

Retailers rally with Trump administration to defeat coronavirus It was a remarkable scene at the White House the afternoon of March 13, as President Trump declared the coronavirus outbreak a national emergency and enlisted some of the biggest names in retail and