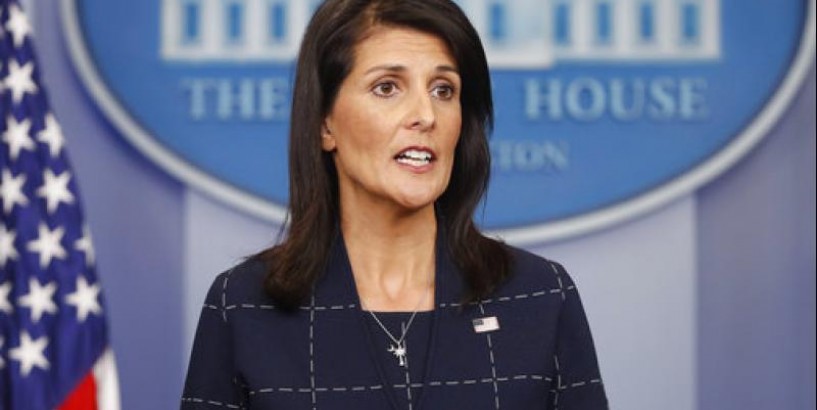 The meeting was requested by both Russia and Ukraine, diplomatic sources told news agency AFP. (Photo: File) Washington : The Security Council will hold an emergency meeting on Monday after Russia confirmed it had seized three Ukrainian naval ships by force in a strait near Moscow-annexed Crimea, US ambassador to the UN Nikki Haley said.

"An emergency Security Council meeting has been called for tomorrow at 11:00 am," she tweeted.

The meeting was requested by both Russia and Ukraine, diplomatic sources told news agency AFP.

Ukraine's navy had accused Russia of the unprecedented incident, including firing on its vessels in the Kerch Strait, a narrow waterway that gives access to the Sea of Azov that is used by both countries.

Ukraine's navy said the incident took place as two small warships and a tugboat were heading through the strait for the port of Mariupol.

It said a Russian border guard vessel rammed the tugboat in "openly aggressive actions" and then fired on the ships, immobilizing all three.

It also said the Kerch Strait was blocked by a tanker, and that Russian military aircraft were flying over the area.

Ukraine said six of its soldiers were injured, while the FSB reported only three had suffered non-life threatening injuries and were given medical treatment.