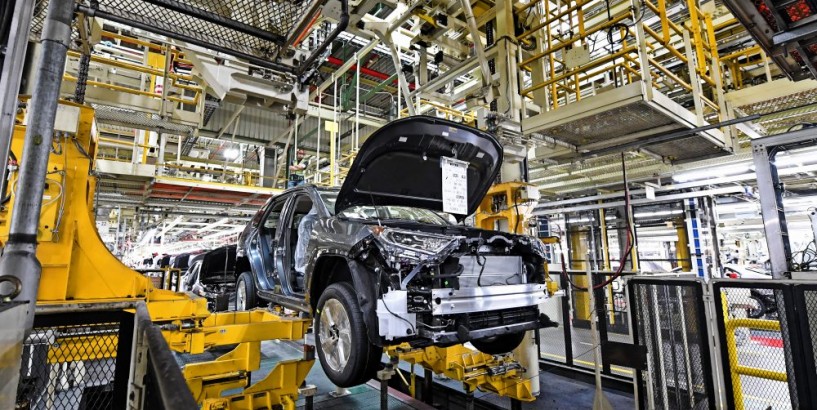 GEORGETOWN, Ky. (Jan. 8, 2020) – Toyota Motor Manufacturing Kentucky (TMMK), known for producing the most popular sedan in the U.S., the Camry, for 18 years in a row, added America’s most popular SUV to its production lineup this week with its first 2020 RAV4 Hybrid rolling off the assembly line.

In 2019, the RAV4 Hybrid had its best sales year to date, up 92.3 percent, and helped the RAV4 become the best-selling SUV in a calendar year. With the addition of the RAV4 Hybrid to its manufacturing mix, TMMK now produces four electrified vehicles, including the Avalon Hybrid, Camry Hybrid and Lexus ES 300h.

“We are excited to see the past nine months of preparation come to life with the completion of our first Kentucky-built 2020 RAV4 Hybrid,” said TMMK President Susan Elkington. “This milestone would not have been possible without the hard work of our dedicated team members and our recent investments. We are proud to offer an alternative powertrain for each of the products we currently build and couldn’t be happier to add the popular RAV4 Hybrid to that list.”

By 2025, Toyota’s global goal is to offer an electrified option (hybrid, plug-in, fuel cell, battery) on all Toyota and Lexus models. Currently, Toyota sells more alternative powertrain vehicles than the rest of the industry combined, with sales reaching around 13 percent of volume in the U.S.

TMMK is Toyota’s largest plant in the world with more than nine million square feet of floor space, more than 8,000 full-time team members and represents a $7-billion investment.