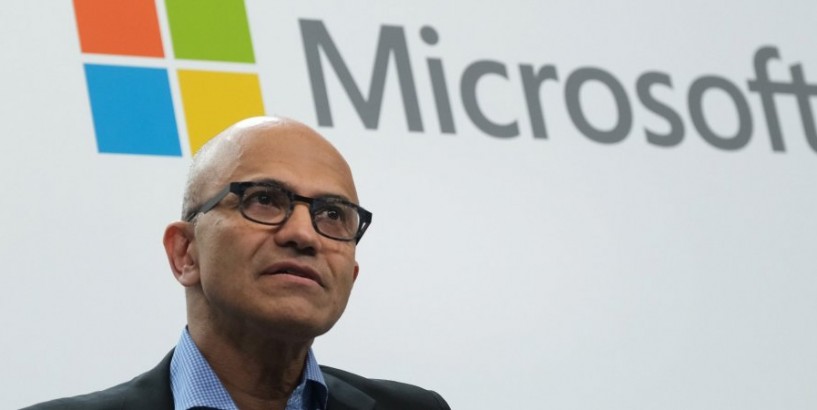 The CEO Of Microsoft Had To Make A Vital Decision. He Based It On His Home Life

Absurdly Driven looks at the world of business with a skeptical eye and a firmly rooted tongue in cheek.

Too many, I confess, tended to see their position as a role they played.

It was as if their version of leadership came from a manual, rather than from their own experience of either business or, indeed, personal life.

Sometimes, though, it's worth considering your own life experience and letting it influence a decision's direction.

His company is based in Seattle. A mere handful of miles away, someone had died from the novel coronavirus Covid-19 -- the first known death in the U.S.

I can think of a few CEOs who would have concluded that this was just one isolated incident and no cause for drastic action.

Deaths occur all the time. This was just an exalted flu, right?

Nadella, though, looked at it through an entirely personal prism.

As he told the New York Times :

We essentially have a nursing home at home. It struck me as this is a real issue for many of us, and in our own community.

Nadella has a son who is immunocompromised. He has cerebral palsy.

Microsoft's CEO therefore had an innate understanding of the potential threat. He understood the risk to his employees' health. He sensed that, just as infectious disease experts have insisted, moving fast is more important that being perfect.

It helped that he had Colleen Daly, someone with a Ph.D in public health, to guide the team on calls and confirm the need for urgency.

As the company's president Brad Smith told the Times :

It was apparent from the reaction on the call that if we went quickly, we'd give air cover to other employers who are trying to make a similar decision.

Nadella's instinct, coupled with expert advice, led to his company deciding that employees could -- and should -- work from home. Ultimately, though, it was his call to go ahead early.

Microsoft was one of the first large companies to take such action -- action that now seems remarkably prescient.

In business, we're often encouraged not to bring our personal feelings to bear -- especially on important business decisions.

Despite all the talk of emotional intelligence, too many business leaders believe that only a dispassionate decision will lead to the best result. Many of these business leaders are called tech CEOs.

Business is business, after all. And data is most certainly data.

Yet here, the leader of one of America's biggest companies used his own personal experience, his experience with his own family, to feel what truly needed to be done.

That's surely one reason why Nadella has changed Microsoft's brand image from one of cold, businesslike heartlessness to something far more sophisticated.