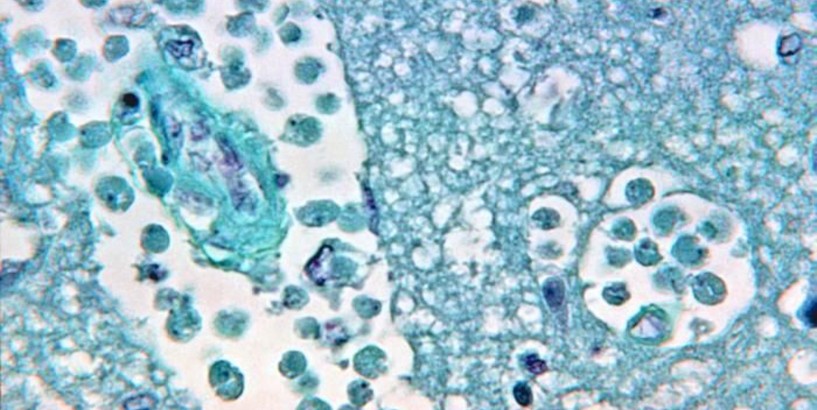 A 10-year-old girl is battling a rare and usually fatal infection after contracting a brain-eating amoeba while swimming in a river near her home in Texas. When Lily Avant started suffering from a headache and fever on Sept. 8, doctors suspected a common viral infection and prescribed ibuprofen and hydration, according to a Facebook post from Wendy Scott, her first cousin. As her condition worsened, Scott said Avant was taken to the emergency room where she was treated for bacterial and viral meningitis.

The girl was then transferred to Cook Children's Medical Center in Fort Worth, Texas, where a spinal tap revealed she had a "rare amoeba that is aggressive with a high fatally rate." Doctors determined she'd contracted Naegleria foweleri, a "brain-eating" amoeba found in fresh water bodies such as ponds, lakes and rivers, according to KXAS-TV.

"We hope we got to her in time," her father John Crawson told the station. "She is a fighter. She is stronger than anybody I know."

Avant is now in a medically induced coma to allow doctors to treat the swelling in her brain, KXAS-TV reported. Her family shares updates on her condition through a Facebook group, #LilyStrong , with more than 16,500 members.

The amoeba enters through the nose and travels to the brain, where it can cause primary amebic meningoencephalitis (PAM), according to the Centers for Disease Control and Prevention .

'Flesh-eating' bacteria: Maryland boy infected with flesh-eating bacteria. Here's what you need to know about Vibrio

Symptoms of the brain infection caused by the amoeba start about five days after infection and can include stiff neck, confusion, lack of attention to people and surroundings, loss of balance, seizures and hallucinations, the CDC said. After symptoms emerge, patients typically die within 1 to 12 days.

Only four out of 145 known infected individuals in the United States from 1962 to 2018 have survived Naegleria fowleri.