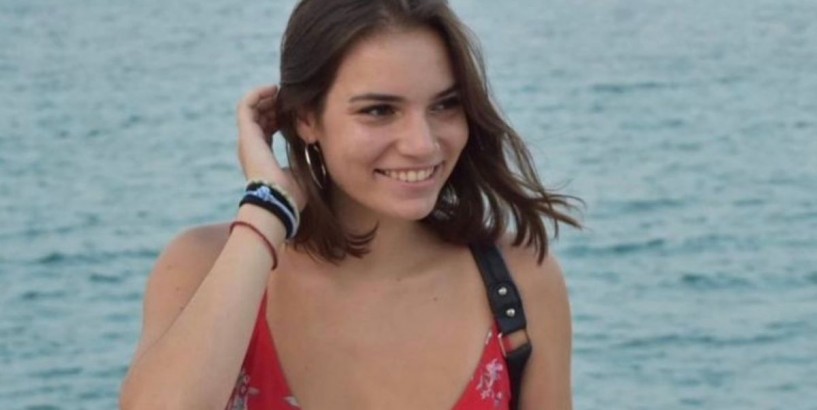 News Teenage girl's rare condition causes her to feel like she's been 'set on fire' Doctors say Moana Ruhfass, who was diagnosed with Chronic Regional Pain Syndrome (CRPS) nearly six years ago, experiences agony as painful as childbirth Share Moana Ruhfass has lived in constant agony for almost half her life (Image: GoFundMe) Sign up to FREE daily email alerts from Mirror - daily news Subscribe We will use your email address only for sending you newsletters. Please see our Privacy Notice for details of your data protection rights Thank you for subscribing We have more newsletters Show me See our privacy notice Invalid Email

A teenager suffers "fire-like" pain doctors have compared to childbirth and suffers three-hour seizures as a result of a rare condition .

After Moana Ruhfass sprained her ankle as a sporty child, she later suffered pain in her leg, hips and shoulder.

This crippling agony remained undiagnosed for some time until, at 11, Moana was told she had Chronic Regional Pain Syndrome (CRPS).

It is a neurological malfunction of the central nervous system that results in burning, stabbing, shooting and throbbing pain.

It's so painful it has been dubbed "suicide disease" as 40% of sufferers take their own lives. In fact, the McGill Pain Scale measures the pain of CRPS sufferers as being even worse than childbirth. The teenager was diagnosed with Complex Regional Pain Syndrome in 2013 (Image: Facebook) Read More Related Articles Brave toddler shouts 'me walk, me walk' after defying doctors to take first steps

But Moana, now 16 and from Australia, battles the condition bravely.

"I also feel pain like someone is constantly stabbing me, pain like it's lightning striking and painful pins and needles," she said today.

"It can get to the point where I can't even stand the wind on my skin or moving at all.

"I sometimes can't even shower my foot because even a drop of water would have me screaming." Moana spent 10 excruciating hours a day in physiotherapy (Image: GoFundMe) Read More Woman nearly dies after contraceptive pill causes her to gasp for air and faint

Moana's condition deteriorated to the point she became confined in a wheelchair in 2013, reports Daily Mail Australia .

She spent 10 excruciating hours a day in physiotherapy, as therapists tried to desensitise and reset the pain perception in her neuro pathway.

The therapy was partially successful, and enabled her to walk again, however, the unbearable pain she experiences remained constant. When Moana's condition deteriorated to the point she became confined to a wheelchair (Image: GoFundMe)

However Moana added: "I have good and bad days. On my good days I still have constant pain but I get used to it and manage it.

"But on my bad days I can't even bear someone touching me. The weight of a blanket and lying down hurts but it's better than being on my feet."

"Within the last year that she has now lost all hope of recovery or improvement of her situation – she is losing the will to live," he said. Read More