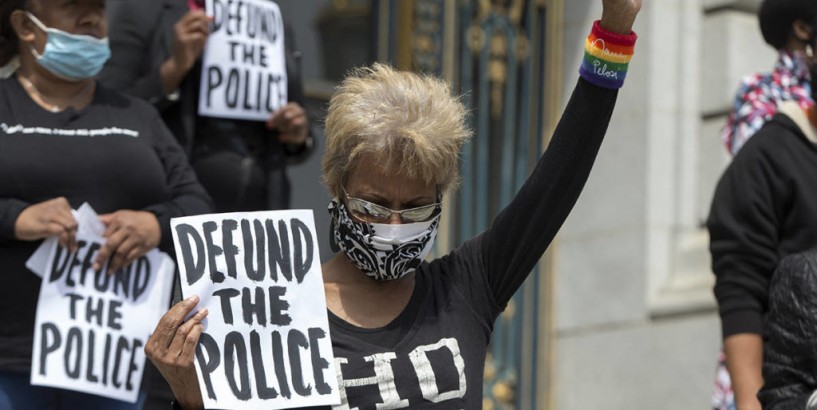 Two San Francisco supervisors who planned to ask voters this November whether to boost the number of cops walking the beat are changing course as cities across the nation reconsider the role of policing in society.

Supervisors Matt Haney and Shamann Walton have decided to hold off on a proposed ballot measure that would require foot beats at each police station and annual meetings on the issue at the Police Commission.

But while the proposal will not appear on the November ballot, Haney emphasized that he still supports the changes and could pursue them through legislation at the Board of Supervisors or in a later election.

The supervisors came to their decision after Mayor London Breed announced a plan for police reform on June 10 that included diverting funds from the police to the Black community and having civilians respond to non-criminal calls for service instead of police officers.

“We need a bigger conversation about transforming policing and the role of police in San Francisco,” Haney said. “We should have that before we pursue a new initiative right now around foot patrols.”

The mayor has yet to put a figure on the proposed cuts or announce a detailed plan for how homelessness and mental health calls would be diverted away from police.

The proposed measure would not have provided additional funding to the San Francisco Police Department for new officers, instead requiring Police Chief Bill Scott to submit a proposed budget for the foot beats each year.

“It sounds like the mayor is going to cut the police budget by a lot,” Haney said. “I don’t know how a measure around foot patrols fits in with her vision of policing.”

Walton referred the San Francisco Examiner to Haney for comment.

“Defund the police” has become a mantra for protesters demonstrating across the nation after now-fired police officer Derek Chauvin knelt on George Floyd’s neck for nearly nine minutes on May 25, killing him.

While some argue that defunding the police means abolishing police departments, others simply want to redirect funds from police to Black communities who have been historically oppressed by the criminal justice system.

They argue that police reforms have not worked — Floyd was only the latest in a decades-long list of Black people who have died at the hands of police — and that the scope of policing has become too broad.

Even some officers agree that police are called upon to respond to all sorts of incidents that they are not the best equipped to handle, like homelessness or mental health calls.

At a Black Lives Matter rally outside City Hall on Friday, Phelicia Jones of the group Wealth and Disparities in the Black Community — Justice for Mario Woods shared her definition of defunding the police.

Kaylah Williams, co-president of the Harvey Milk LGBTQ Democratic Club, argued that San Francisco’s budget should reflect the values of its people.

“We are here to defund the police and immediately — number one — reinvest it into the Black community here in San Francisco,” Williams added.

When asked whether he supports defunding the police, Haney said we “need to shift the responsibilities away from the things that police shouldn’t be doing. And if that’s your definition then yes, defund.”

A Board of Supervisors committee is scheduled to have a hearing on the police budget July 8.

The mayor is expected to submit her two-year budget proposal by Aug. 1, which will then require further review by the Board of Supervisors.

Breed and Walton are also organizing meetings through the Human Rights Commission to identify and prioritize funding needs within the Black community for redirecting police funds.

Meanwhile, Breed has ordered The City to develop a plan over the next year for diverting non-violent calls to behavioral health professionals instead of officers.

The initiative could be modeled after the Crisis Assistance Helping Out On The Streets intervention program in Eugene, Ore.