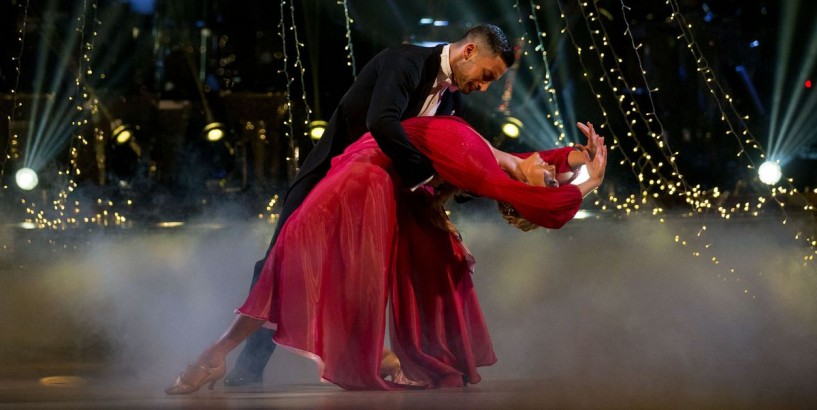 TV Strictly's Faye Tozer and Giovanni perform romantic Waltz after THAT cosy lunch Faye Tozer and Giovanni Pernice were spotted having a very cosy lunch earlier this week, and their romantic Waltz may be showing the Strictly curse rearing its head Share Click to play Tap to play The video will start in 8 Cancel Play now Get celebs updates directly to your inbox Subscribe Thank you for subscribing We have more newsletters Show me See our privacy notice Could not subscribe, try again later Invalid Email

Faye Tozer and Giovanni dazzled the judges with a romantic Waltz, in the week of some very cosy photographs.

Gio and Faye were spotted having a very intimate meal together in a restaurant, which got many fans thinking they may have been doing more than just dancing behind the scenes.

However, Faye's husband Michael has laughed off these claims, while Giovanni put out a spoof video about it.

But in tonight's show, they performed an exquisite Waltz which amazed and excited the judges, who could barely fault it, with it gaining a 39 from the panel. (Image: PA) Faye Tozer admits Strictly has put a strain on her marriage amid 'curse' rumours

They were forced to do the romantic dance instead of their original performance, due to an injury for Giovanni, but he even got the chance to meet the parents as Faye's mum and dad turned up in training and shook the hands of their daughter's dance partner.

Claudia Winkleman did notice, however, that this week was also Faye's husband's birthday, so let's hope he didn't have to share his wife with Giovanni on that day. Faye’s nine-year marriage to Michael Smith is 'rock solid'

Faye’s Steps bandmate Claire Richards laughed off suggestions her pal is about to become the latest­­victim of the Strictly curse.

Claire, 42, insisted Faye’s nine-year marriage to Michael Smith is rock solid. She said: “It’s silly. Absolutely no way. It must be stressful. She knows her own mind and she’s not stupid.

“They are absolutely 100 per cent and it’s coming up to their wedding anniversary soon. It’s harder for extended family, like parents, having to read things, they worry.” Faye Tozer with husband Michael Smith (Image: Instagram)

Michael and Faye, whose 2009 marriage was televised on Channel 4, have a son, aged nine. She insisted their marriage would not suffer as they are used to working away from each other.

Michael added: “I’ve sat through shows when Faye’s had to kiss people on stage. To me, it’s just another job.