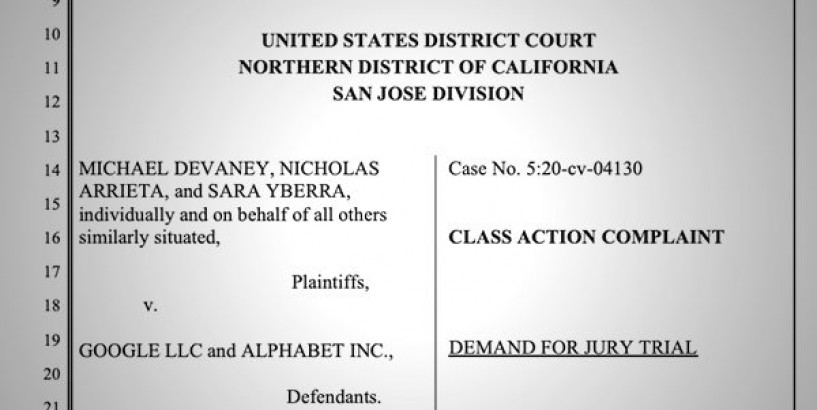 Several small business advertisers on Monday filed a class action accusing Google of creating a monopoly in digital advertising and suing the tech company for antitrust violations under the Sherman Act and California’s Unfair Competition Law.

Plaintiffs Michael Devaney, Nicholas Arrieta, and Sara Yberra, acting on behalf of themselves and others, accuse Google and Alphabet of creating an illegal monopoly by eliminating competition in the display advertising ad-tech stack through acquisition of competitors, exclusivity provisions, interoperability and compatibility design choices, and development of its analytics services.

The plaintiffs -- who run photography, moving and bicycling hardware businesses -- separately purchased digital ads from Google. They claim to have overpaid for the ads and suffered financial loss. Google, they charge, “wrongfully acquired and unlawfully maintained monopoly power in the relevant markets.”

From the purchase of the DoubleClick ad server to AdMob, which serves ads in apps, to the AdMeld supply-side platform, Google has developed or bought its way into the advertising business to capitalize on consumer searches and advertisements served on publisher sites.

“With its ability to track millions of users across millions of sites and apps, other publishers cannot compete with Google’s informational advantage,” noted Law Street Media, in summarizing the court document filed on Monday.

The plaintiffs say Google made it difficult for competitors to gain similar information to target ads by phasing out third-party cookies from its Chrome web browser.

The filing also makes several other claims that are not entirely accurate, such as “the prices that any company is able to fetch for its ads depend on two crucial factors: the ability to identify who is loading the page, and the ability to then connect the user’s identity with more information about the user.”

This suit comes on top of the Department of Justice's investigation of Google's potentially monopolistic behavior, and an antitrust investigation of the tech giant by 50 state attorneys general.