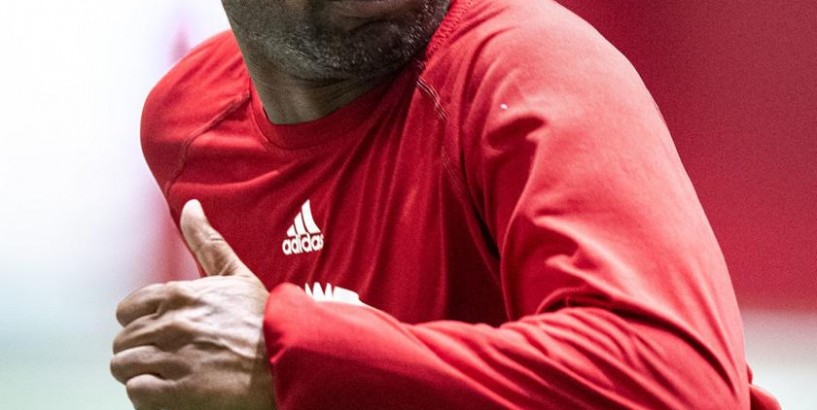 The question directed to offensive coordinator Troy Walters on Wednesday morning was specifically about Nebraska’s offensive line play through two games, but he took his evaluation past just the offensive front.

“I think if you talk to coach (Greg) Austin, talk to the offensive line, they would say they’ve been just average,” Walters said. “… But we have to continue to get better across the board. The receivers have been average, quarterback has been average, the running backs. We’ve just been average on offense. We’ve got to be better, and we practiced that way this week.”

NU’s offense accounted for just 14 points and 276 yards in Week 1 against South Alabama and bumped up to 31 and 469 in an overtime loss to Colorado, though that performance came with a costly, listless third quarter and three turnovers.

“One of the positives out of the Colorado game is we got better from Week 1 to Week 2, and so now if we can take the next step this week, we’ll be pleased as a coaching staff,” Walters said.

Pickering has missed the first two games due to injury, while Jorgensen kicked off twice against Colorado before backup punter William Przystup took over.

Senior punter Isaac Armstrong served as NU’s place-kicker in Boulder and is likely in line to continue those duties if Pickering and/or Jorgensen continue to miss time.

The Huskers don’t know exactly when Pickering will be back. Special teams coordinator Jovan Dewitt said Tuesday that the sophomore has done some “light kicking” over the past two weeks.

Robinson in line for more backfield work? Freshman Wan’Dale Robinson is a versatile player for Nebraska’s offense and already is clearly a focal point. Through two games, Robinson has six carries for 30 yards, six catches for 68 and three kick returns for 77.

Might he be able to help give the Huskers a little more punch in the run game? Walters alluded to it Wednesday when discussing redshirt freshman wide receiver Miles Jones, who Walters said could see an increased role this weekend against Northern Illinois.

“He’s one of those guys that has had a good week of practice and has done some good things throughout fall camp and can provide some more depth, especially with Wan’Dale maybe playing some more running back,” Walters said.

An interesting comment on multiple fronts from Walters there.

Jump start: Considering he touches the ball on every play, it seems a little odd to talk about how to get the quarterback involved early in a game plan or a drive.

But that was a conversation between and Frost after the South Alabama game, a contest in which Martinez admitted he didn’t play his best.

“Get him involved as soon as possible, either with a completion … and/or a quarterback designed run,” Verduzco said. “Because he responds to that part of the game that way, getting smacked around a little bit and all that. It gets him more involved sooner and I think it gets him in rhythm sooner.”

“We felt it was best to rest him and keep him at home and get healthy for this week,” Walters said.

Sophomore walk-on Kade Warner is also nearing a return. Walters said NU has been trying to “gradually bring him back,” because he’s missed several weeks. Warner traveled to CU but didn’t play.

Physical runner: When Adrian Martinez bulled through Colorado linebacker Jonathan Van Diest and into the end zone late in the fourth quarter of Nebraska’s loss to Colorado, it was a visual representation of what the NU coaching staff wants to see out of the quarterback as a runner.

“He’s a frickin’ Nebraska quarterback, right? That’s what we want him to be like,” quarterbacks coach Mario Verduzco said Wednesday. “He should be like a version of Coach Frost, No. 7, really.”

Through two games Martinez’s 32 rushes are the most for any Nebraska ballcarrier. That includes sacks, of course, but it also speaks to the type of weapon NU’s coaches want Martinez to be.

“We encourage him to be maybe a little bit more dynamic with that,” Verduzco said.

This article originally ran on journalstar.com .