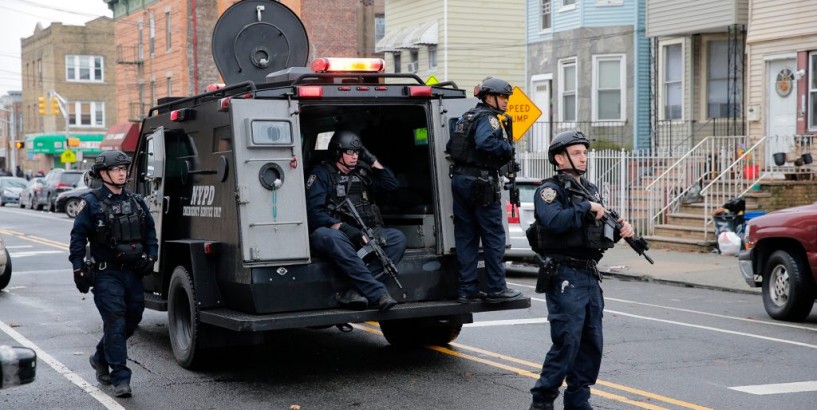 Several people have been killed in an hours-long shoot-out in Jersey City after a male and female suspect launched two-hour gun battle with a SWAT team Tuesday afternoon at a kosher supermarket in Jersey City, New Jersey.

A police officer who was killed in the shooting is believed to be the victim of an ambush, according to a law enforcement source.

The gunmen, described as young juveniles, had holed up in the JC Kosher Supermarket after shooting a police officer in the shoulder at nearby Bay View Cemetery.

In addition to the shooters who were killed, a third gunman was believed to be at large, Fox News reported. 9, 2019 0 President Trump calls BDS, touts Israeli Americans November 20, 2019 0 Jewish, Israel-related groups react to US announcement on settlements Leave