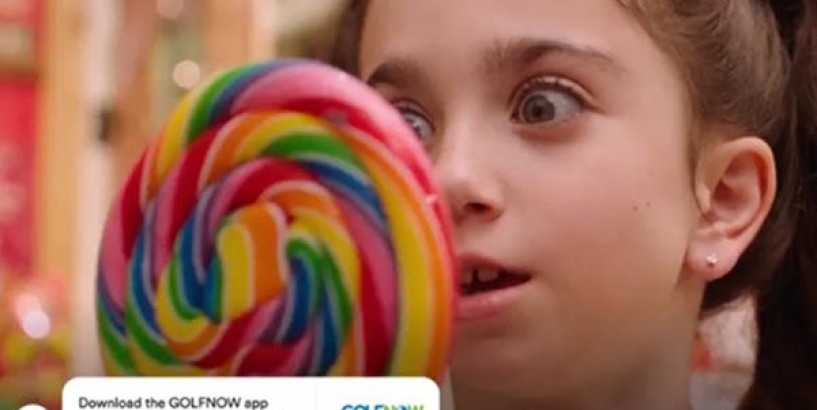 by Karlene Lukovitz @KLmarketdaily , 8 hours ago

The “On Command” ads connect viewers with brand promotions through the TV screen, using the voice-activation functionality built into the remote for Comcast’s Xfinity X1 and Flex platforms.

An onscreen message prompts the viewer to speak a specific voice command to unlock a special offer from the advertiser. Speaking the command activates an on-screen overlay where the user enters a mobile number to receive the offer via text message.

The format is available in all Peacock video content, according to NBCUniversal’s Together site for marketers. The site also features a sample On Command ad (screen grab above).

Unilever’s Suave and Target ran an ad that rewarded viewers who voiced the command “Save With Suave” with a $5 Target gift card, and Coors Light is also using the format, according to Variety , which reports that NBCU “quietly” began running the ads in mid August.

The format, which will eventually be available on other NBCUniversal platforms, offers advertisers a simple but nonintrusive means of engaging and offering incentives to consumers, says the company — whose efforts to avoid alienating OTT viewers include limiting ads to 5 minutes per hour in Peacock’s ad-supported tiers.

Giving consumers the option to receive a coupon or learn more about a product in the midst of watching a show is “a really interesting and appealing idea,” Rob Master, vice president of media and digital engagement for Unilever, told Variety . “The experience is what you make of it, so you can either decide to engage with the unit and get an offer, or simply continue to watch the ad.”

The technology will also enable NBCUniversal to hone the effectiveness of interactive advertising and programming by learning about viewers’ preferences through their responses.

The On Command ads are part of a “Peacock Streaming Council” initiative in which launch sponsors — including Unilever, Target, Molson Coors, Verizon, Subaru, Capital One, L'Oreal, State Farm and Apartments.com — can help develop and try out new ad formats.

With 8 billion digital voice assistants projected to be in use by 2023, according to Jupiter Research, other AVODs and media are also poised to capitalize on voice-activated ads.