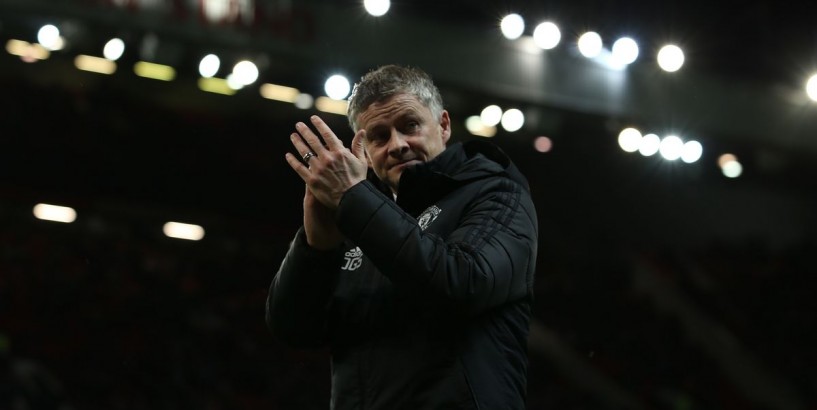 Man Utd won for the third time in four Premier League games against Norwich with their youthful attack thriving. Solskjaer's side take on Liverpool next week and he has already begun stoking the fire. Share Click to play Tap to play The video will start in 8 Cancel Play now Sign up to FREE daily email alerts from Mirror - Manchester United FC Subscribe We will use your email address only for sending you newsletters. Please see our Privacy Notice for details of your data protection rights Thank you for subscribing We have more newsletters Show me See our privacy notice Invalid Email

The Norwegian watched on as the Red Devils hit four past Norwich at Old Trafford with all three of their goalscorers 24-years-old or younger.

Marcus Rashford grabbed a brace while Mason Greenwood and Anthony Martial got one each.

Solskjaer was keen to provide some context having watched people purr over Liverpool's youthful starting XI in their FA Cup win over Everton last weekend.

His United side have a younger average age than the line-up selected by Jurgen Klopp six days ago with the likes of Brandon Williams, Marcus Rashford and Dan James all 22 or younger. Ole Gunnar Solskjaer has praised his young side Read More Virgil van Dijk reminds Tottenham fans of Liverpool's Champions League win

"Everyone raves about the FA Cup team that Liverpool beat Everton with. Our league team is a year younger on average," he said.

Solskjaer has given regular opportunities to a host of academy graduates like Greenwood, Angel Gomes and Tahith Chong.

The Red Devils have been inconsistent as a result of their transitional period as they turn to youth, but their win over the Canaries means they are within five points of Chelsea in fourth.

And the United boss was keen to emphasise the club are still fighting on all four fronts. Marcus Rashford opened the scoring in the first-half (Image: PA) Read More Jurgen Klopp admits disappointment in Liverpool's performance in win over Tottenham

"We're here now, we're in all competitions, we're fifth, not too far behind fourth place," he added.

"We need to keep things in perspective, know where we've come from. We've had to start a big, big rebuilding job."

United face the sternest of tests next weekend when they visit Anfield to take on the champions elect, although they do remain the only side to stop Liverpool winning this term.

Solskjaer has watched his side lose just two of their last 11 league games and will hope to end Liverpool's unbeaten home run that now extends beyond two years. Like us on Facebook