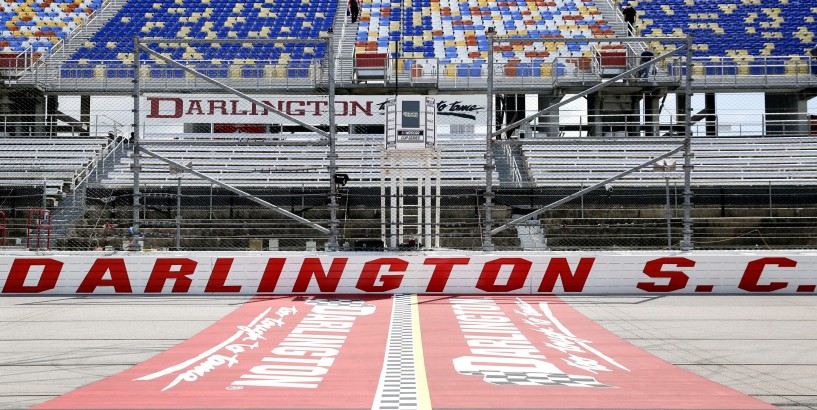 NASCAR: Return to racing went 'smoother than expected' at Darlington

DARLINGTON, S.C. — NASCAR's Steve O’Donnell felt Sunday afternoon at Darlington Raceway went well as the sport returned to racing for the first time since March 8 but with major restrictions because of the coronavirus pandemic. “Things actually went smoother than we could have expected getting all the teams in and inspection went well,” said O’Donnell, NASCAR executive vice president and chief racing development officer. “All in all, a really good day for the sport. Excited to be back. “Hopefully, the fans enjoyed it on television. Surely, a little odd not having fans in the stands, but I know that the fans were with us in spirit for sure.” Kevin Harvick dominated The Real Heroes 400 for his first win of the season and the 50th of his Cup Series career . The race ran without fans in the grandstands, and teams were limited to the number of personnel allowed access to the facility. Harvick was the only one from Stewart-Haas Racing permitted in victory lane to pose with the trophy. All those entering Darlington had to go through a medical screening process . Social distancing protocols were also in place throughout the facility, and masks were required. O’Donnell said there would be a Monday meeting for NASCAR to digest the weekend as it goes forward with two more races at the facility. The Xfinity Series will be in action Tuesday night, followed by a second Cup Series race Wednesday night . Between now and then, safety practices remain in place, and teams have been encouraged to keep their road crew and shop crew separate, and drivers will continue to isolate themselves. “From everyone we talked to in the garage area, the entry process went incredibly well,” O’Donnell said. “Everyone was here on time, the cars were out and through inspection – the 18 [Kyle Busch] had an issue – but in terms of everyone getting through inspection, the flow working well, the plan working well, I think everyone found their groove. [We] Didn’t have to tell anyone or remind anyone to wear a mask. “I think the industry really came together and did a tremendous job to enable us to get to the race. I think it just felt a little odd with the garage area because it was so scaled down in terms of personnel, but all in all, I thought it went really, really well.” Time will tell if anyone at the track becomes sick. For Sunday, O’Donnell said their medical personnel cleared everyone who worked at Darlington and was 100 percent confident they were in a good place to go racing. NASCAR Chairman and CEO Jim France was at Darlington, but did not go in the infield. Instead, France shared a message over the loudspeaker to start the day, “to thank the entire industry for all the work for getting us where we were,” said O’Donnell. “I applaud him for doing that; I think it was a big hit in the industry.”