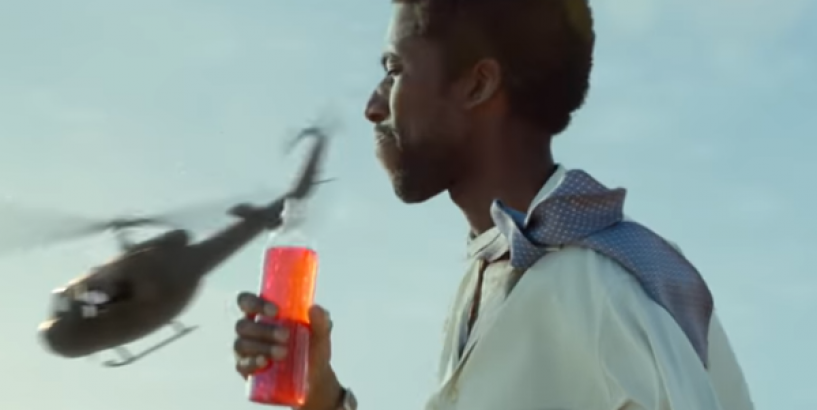 by Steve Ellwanger , 5 hours ago

Even though water consumption surpassed that of soda a few years back, people still don’t drink enough H20 because it’s boring.

That’s the thinking of the folks at Kraft Heinz, whose MiO Liquid Water Enhancer has a new campaign titled “We Fix Water.”

In a 30-second spot from VaynerMedia running broadly across cable television networks, a man crawls through a desert until he comes across a cooler. Upon opening it and looking inside, he says, “Water?” and then yells “WHY?”

Help comes in the form of a helicopter. A man inside drops a bottle of MiO to the desert straggler, who exclaims “I’m saved!” and then turns down a ride in the chopper. “No, I’m good. I’m gonna walk.”

It’s the first TV campaign for MiO—which contains no calories or sugar and comes in dozens of varieties—in about six years. The brand was introduced in 2011.

“We’re really excited to come back in a big way on this brand,” MiO head of marketing Andrew Deckert tells Marketing Daily .

“The idea is very simple. Everyone knows you should drink eight glasses of water [daily]. But the problem with water is it tastes like water. So we fix it.”

The target audience is willennials, whom Deckert describes as “embarking on this transitional period in their life where a lot of them are becoming young parents. They’re starting families and realizing their decisions affect their lives in important ways.”

As a premium-priced brand, MiO has had lots of competitors—including store brands—since its inception. Its dollar share of the category is 45%, making it no. 1 in all outlets tracked by Nielsen in the most recent 52-week period.