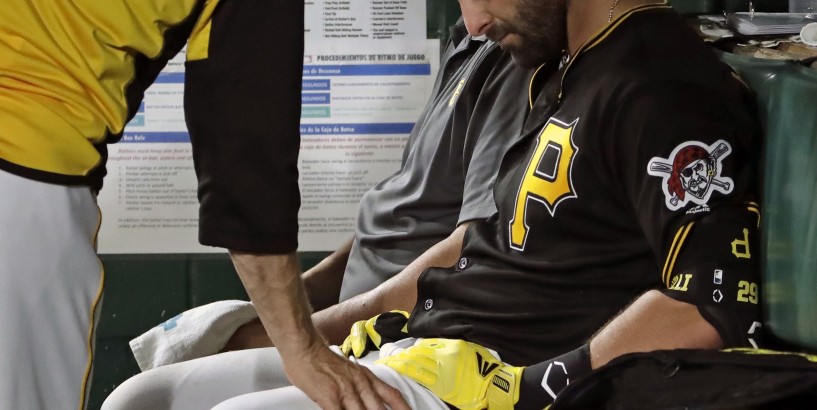 LEADING OFF: Players get creative, Yanks at Dodger Stadium

A look at what's happening around the majors Friday: NAME THAT NICKNAME

Jerseys will take on a different look during Players' Weekend, when big leaguers are encouraged to be creative with what goes on the back of their uniforms.

Cleveland outfielder Yasiel Puig will have Wild Horse, for the way he charges around the bases. Rays pitcher Charlie Morton will use Ground Chuck, for how he induces grounders. Reds first baseman Joey Votto will go with Who — for the "Abbott and Costello" comedy routine of "Who's on First?"

Rockies pitcher Chad Bettis is skipping letters and going with an emoji — of lettuce, to rhyme with his last name.

Yankees lefty James Paxton is having one of the best stretches of his career. Paxton (9-6, 4.53 ERA) takes the mound at Dodger Stadium looking to win his fifth straight start — he won seven in a row in 2017 with Seattle.

Los Angeles counters with lefty Hyun-Jin Ryu, who is 12-3 and leads the majors with a 1.64 ERA.

New York manager Aaron Boone knows this series between the two teams with the top records in the majors should be special.

"I think when you're talking about interleague and two historic franchises having a great year, Players' Weekend, which should add some fun to it, I know it's something that we'll all look forward to," Boone said.

The Cubs have won five in a row and are 44-19 at Wrigley Field this season, winning 16 of their last 19 home games.

Chicago edged the Giants 1-0 Thursday with the wind blowing in at Wrigley. A day earlier, the Cubs outslugged San Francisco 12-11 in a game with seven home runs.

Veteran catcher Francisco Cervelli is available after the Pirates granted his request for a release. The 33-year-old Cervelli recently completed a rehab assignment after working his way back from his latest concussion.

Cervelli is hoping to hook on with a contender — there's speculation that NL East-leading Atlanta might be interested.

Cervelli hasn't played in the majors since May 25. He's been in 34 games this season, hitting .193 with one home run and five RBIs.

"Out of respect and appreciation for Francisco, we have chosen to honor his request to be released in order for him to pursue an opportunity that potentially gives him a chance at more playing time, as well as an opportunity this season to compete in the postseason," Pittsburgh general manager Neal Huntington said.