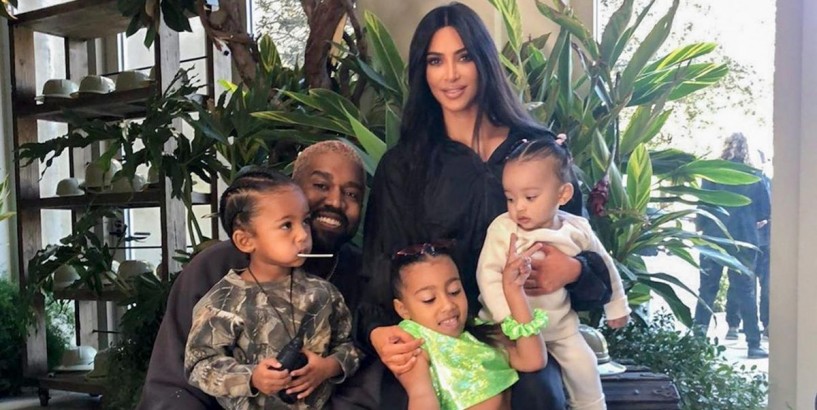 Celebs Kanye West returns to LA to 'see Kim Kardashian and family as he misses kids' Kanye West has flown back home to Los Angeles after missing his children while living at his ranch in Cody, Wyoming as well has catching up with Kim Share James Brinsford Overnight Showbiz/TV Reporter 01:57, 24 AUG 2020 Click to play Tap to play The video will start in 8 Cancel Play now

Kanye West has returned to his home in Los Angeles to be with his family after his self-imposed exile in Wyoming over the past few weeks.

The 43-year-old rapper headed to his ranch in Cody after his first presidential campaign event last month, amidst what his wife Kim Kardashian described as a "bipolar episode."

His time in Wyoming was initially fraught as he tweeted lengthy rants against his wife and mother-in-law Kris Jenner but after showdown talks with Kim a couple weeks ago, Kanye seems to have been more at peace with himself and the world.

After spending time in the Dominican Republic with his family before a few days with them at his ranch, Kanye has now reunited with them again in LA. Kanye has reunited with Kim and the kids in Los Angeles (Image: Kim Kardashian/Instagram) Read More Michael Jackson slammed The Beatles and Elvis in scathing racial inequality rant

Keeping Up With The Kardashians star Kim, 39, had taken their four children - North, seven, Saint, four, Chicago, two and 15-month-old Psalm - back to their home in Calabasas the previous week, leaving Kanye alone again as he pushed forward to be in the mix during the presidential election.

A source has told PEOPLE : "He is still busy working on his music and presidential campaign, but really missed the kids and flew to see them.

"They are all spending the weekend at their Hidden Hills house and catching up as a family." Kim Kardashian and husband Kanye West looked stone faced as they posed for photos together (Image: Kim Kardashian/Instagram) Read More Rose McGowan accuses Alyssa Milano of making Charmed set 'Toxic AF' in clash

Kim Kardashian has vowed to repair her marriage with Kanye after a summer in which they have faced some troublesome times.

Kanye claimed that he had been "tyring to divorce" Kim for the past "two years" but recent weeks has seen the pair getting back on a more even keel.

The reality star posted a group of photos at the weekend, from their family trip to the ranch in Colorado in which they were joined by Kim's sister Kourtney Kardashian and family friend Harry Hudson. Kanye West's controversial comments