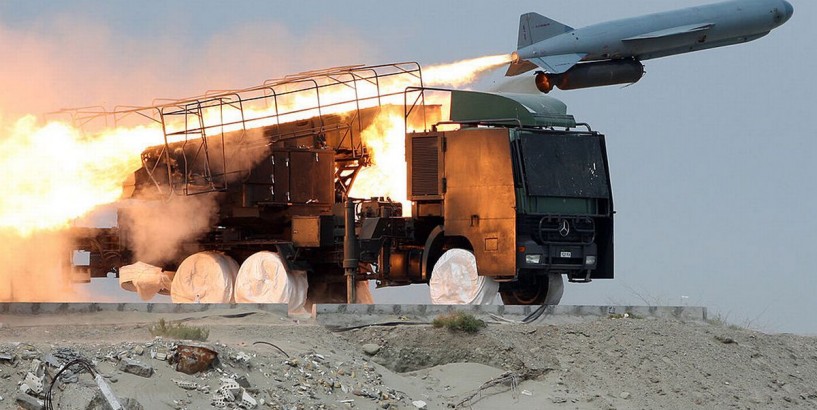 Experts fear Iran could have atomic weapons in just a year which could push the region on the brink of nuclear war. Tensions remain high after Iran was accused of downing a Ukraine International Airlines jet bound for Kiev on Wednesday, claiming the lives of all 176 people on board.

Western leaders say they have intelligence that links Tehran to the tragedy which occurred as Iranian forces launched a revenge missile attack against US troops stationed in Iraq.

On Thursday, a US official, citing an extensive review of satellite data, said Washington had concluded with a high degree of certainty that anti-aircraft missiles brought the plane down.

The official said the Boeing 737-800 had been tracked by Iranian radar.

Iran launched a revenge missile strike against the US on Wednesday (Image: AFP via Getty Images) How did Iran plane crash happen? Cause of Ukrainian Airlines crash that killed 176 US denies it plans to pull troops from Iraq in wake of drone strike on general Earlier this week Donald Trump declared "Iran will never have a nuclear weapon".

He added: They understand that. We have told them very strongly. Iran now is not wealthy like it was when President (Barack) Obama handed $150 billion. They are much different country," he said.

EU foreign ministers will hold an emergency meeting on Friday to seek ways to guide the United States and Iran away from confrontation, knowing that a miscalculation on either side could be costly.

Iran is believed to be pursuing its atomic energy programme in secret, despite promising in 2015 it would halt its nuclear research.

"If they continue with unravelling the Vienna agreement, then yes, within a fairly short period of time, between one and two years, they could have access to a nuclear weapon, which is not an option", Le Drian said on RTL radio.

"Iran's desire to prevent the crisis from escalating has bought us some time, it has the effect of cooling this down just a little," a senior EU diplomat said.

Canada's prime minister, Justin Trudeau said that the destruction of the airliner, which carried 63 Canadians, "may well have been unintentional."

Iran's nuclear facilities (Image: Press Association Images) "We have intelligence from multiple sources, including our allies and our own intelligence. The evidence indicates that the plane was shot down by an Iranian surface-to-air missile," he said.

UK Foreign Secretary Dominic Raab said today that grieving families deserve the "truth" about the cause of the Tehran plane crash.

Speaking in Canada, Mr Raab said: "We agree with the Canadian assessment that indicates that Ukrainian International Airlines flight 752 was shot down by an Iranian surface-to-air missile, and as (Canadian Foreign Minister) Francois-Philippe (Champagne) said it may well have been unintentional.

"Our view on the crash underlines why we urgently now need an independent, full and transparent investigation to establish what caused it.

Iran's Bushehr nuclear power plant during an official ceremony to kick-start works on a second reactor at the facility (Image: AFP via Getty Images) "The Iranian regime must open up to the international community, including access to the crash site, so we can get to the truth as quickly as possible to give the families of the victims an understanding of what happened to their loved ones.

"The families of the victims deserve to know the truth, and we say that whether they're Canadian families, British families, Ukrainian families, Swedish, German, Afghan.

"And let us not forget the Iranian families because they have suffered the greatest loss of life in this terrible incident and they deserve to know the truth too.

"We urge Iran not to repeat the reckless and dangerous attacks and rather pursue the urgent de-escalation and return to diplomatic dialogue."

Read More US-Iran crisis Iran launches missile at US bases Mob in Iran yells "Death to England" Strikes were 'slap in face' to US UK police 'alert' amid growing crisis The Foreign and Commonwealth Office has advised British travellers against all air travel to, from and within Iran.

Earlier, Boris Johnson confirmed that four Britons died in the crash - up from earlier reports of three.

The Times named another of the victims as 17-year-old Arad Zarei, who went to school in Twickenham, south-west London, before moving to Canada.