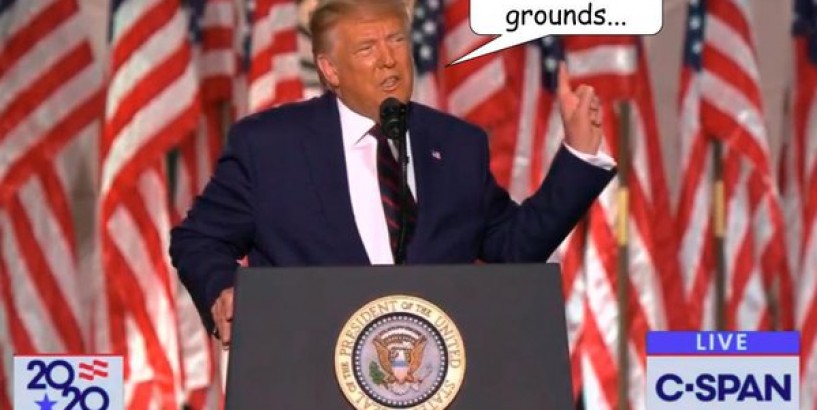 “From these walls,” the Republican nominee said, pointing to the “People’s House,” and invoking the historical milestones of former presidents who lived there and helped make America great in the first place.

No one expects him, his campaign team, his daughter, cabinet members, etc., who violated the law to be held accountable for it -- I mean, what are we going to do, impeach him, or “lock her up?” -- but the act stands as one final reminder that the incumbent has done everything in his power to destroy presidential and democratic norms.

It was one more final act of trolling those -- Democrats, Independents and even Republicans -- who oppose him by thumbing his nose, by pointing his index finger at the White House windows behind him.

Instead of trying to fact-check his acceptance speech, I thought it might be easier to focus on fact-finding. I found two.

1 - “This is the most important election in our nation’s history.”

2 - “At no time before, have voters faced a clearer choice between two parties, two visions, two philosophies, or two agendas.”

But I’ll end by quoting his most truthful fact:

“This election will decide whether we save the American dream.”