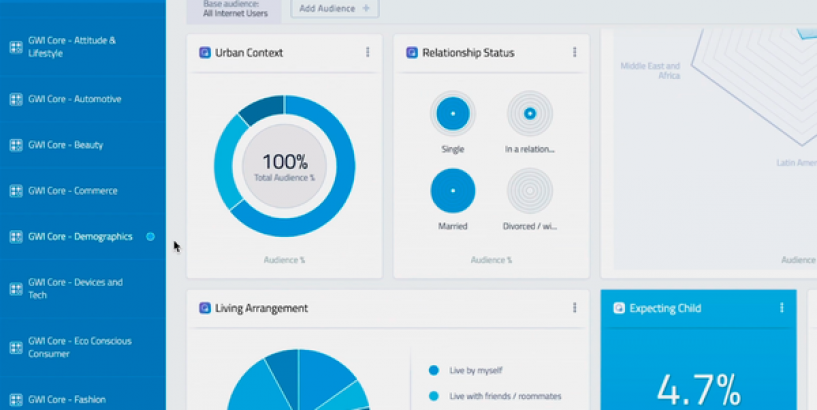 by Joe Mandese @mp_joemandese , Yesterday As part of an ongoing effort to expand the representation of cultural identity, race and ethnicity in its massive consumer database, GlobalWebIndex (GWI) this morning unveiled a new “mobile-first” panel enabling it to survey enhanced demographics such as gender identity and sexual orientation for the LGBTQ segment of the U.S. population, among other things.

The expansion builds on a partnership GWI launched with Publicis Media in 2018 to establish a dedicated Hispanic American dataset.

GWI said the expansion also enables it to segment American audiences based on attributes such as:

New and emerging trends in areas such as smart homes, chatbots, “flexitarianism” and the Gig Economy.

Race and ethnicity including expanded information on African Americans, Hispanics and Asian Americans.

GWI, whose core database is represents 240 million Americans, says the mobile interface has enabled it to ask and generate responses for more "representative questions not typically asked" in most traditional surveys.

“When we launched our initial dedicated Hispanic study with GWI, our goal was to scale the initiative to include other important multicultural audiences, and last year we furthered this vision by launching a dataset specific to Black/African American consumers," explains Jennifer Garcia, senior vice president of Publicis Media’s Multicultural Practice, Cultural Quotient, adding: "Now, we are entering our next phase of improved, more inclusive data and insights with our expanded multicultural study.”