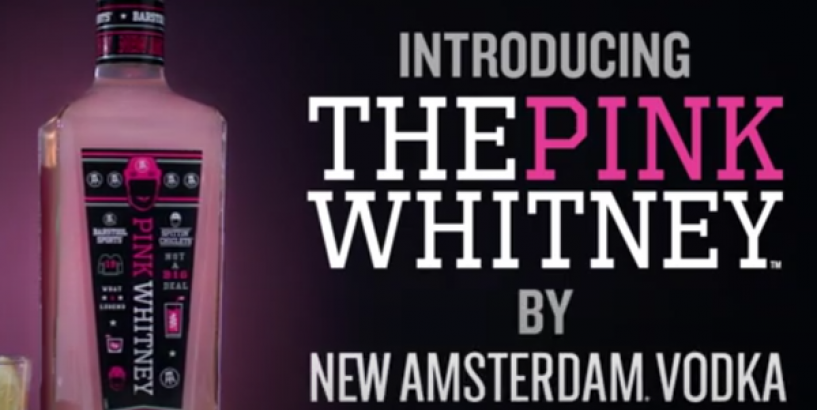 by P.J. Bednarski @pjbtweet , 3 hours ago

Successful brand launches are the result of cagey research, careful marketing and brilliant advertising. And sometimes it just happens.

New Amsterdam Vodka, the official vodka of the National Hockey League, was already the sponsor of the sports talk podcast “Spittin’ Chiclets ” when in October 2018, the program co-host, former NHL journeyman Ryan Whitney, casually mentioned on the show that he liked to mix his vodka with pink lemonade.

That confession- — and the seeming incongruity of a hockey player admitting he liked a slightly frilly concoction like a pink lemonade vodka- — caught the attention of listeners (and tweeters). By last August, New Amsterdam’s Pink Whitney hit the shelves at liquor stores--and flew out of stores just as quickly.

“I have to say, this is one we didn’t see coming,” says Britt West, general manager for E. & J. Gallo Spirits, which owns New Amsterdam. “I think we thought, this is a great limited-time-offer kind of thing. Never in a million years did we think it would become, year to date, the top-selling flavored vodka.”

But that’s what happened. The pandemic also led to a run up in vodka sales in stores. IRI research says vodka sales shot up 19% in the 19 weeks since shelter-in-place orders went into effect in many cities and states. At the same time, though, sales of Pink Whitney went up 30%.

West may have been surprised — but really, not for long. When it came out, New Amsterdam quickly realized that “retailers who were picking it up were flying through it.” West says New Amsterdam had an advertising and promotions plan scheduled for this summer, but the pandemic threw a stop sign up on those ideas.

New Amsterdam and its pink buddy benefited from changes in the vodka landscape, where in recent years, consumers have warmed to the idea of domestic and flavored vodkas, and also vodkas at modest price points. Pink Whitney, for example, now leads number 2 Smirnoff’s colorfully packaged Red, White and Berry flavored brand, which sells for around $13 for a 750-ml bottle, just like Pink Whitney.

West thinks the success is also a vivid case of a brand giving consumers what they want. PInk Whitney has a big following with hockey fans and with millennials. Pink Whitney’s label is filled with in-jokes that social media appreciated. It’s vodka for the fun of it, for a specific, but large enough crowd.

”Pink Whitney came out of left field and one of the reasons is that it transcends traditional vodka use,” West believes. “It gets a lot of ‘shots’ business that vodka doesn’t because with the pink lemonade flavor, it’s so sessionable. The thing is, people know what to do with it.”

And so did New Amsterdam. “This shows what having a core audience can do,” West says.