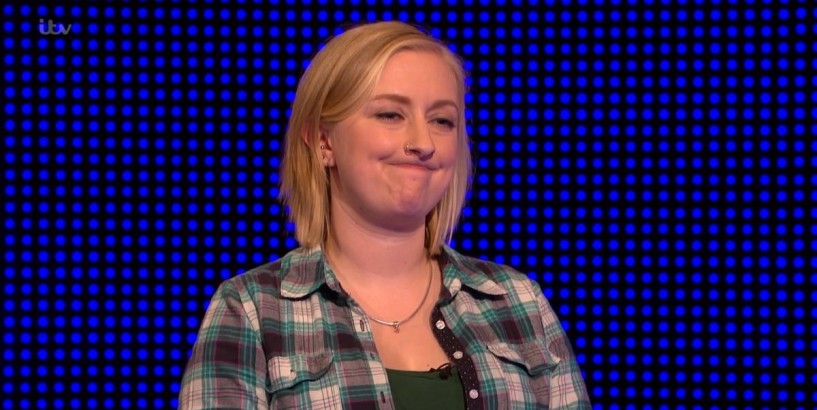 The Chase viewers were absolutely raging during Thursday's episode when player Kelly took a minus offer from chaser Anne Hegerty. Kelly accepted the offer of -£6,000, which many viewers believe is always a complete no-go.

They took to Twitter in droves to share their outrage at Kelly's game playing tactics, branding her a "thief" and a "w***r".

However, Bradley Walsh defended Kelly's decision to take the lower offer after she faced Anne, because she might have been caught.

"I am so sorry I took the minus," she told her fellow players.

After Kelly's cash builder round, Anne told her: "Well it's not the greatest cash builder I've ever seen, but you will know things the others won't know, so I need to get rid of you.

Consulting the other players, they all told Kelly they would not mind if she took the low offer.

The important thing for you is to do what you are comfortable with, and get back."

David added: "I think that you've got to make the decision yourself, but I would be very comfortable with you going with £4,000."

"I don't think the chaser has got many questions wrong today, so it's a tough decision," commented Bradley.

Showbiz editor's picks "I can't believe I'm going to say this, because I said I never would, but I am going to take the -£6,000," resolved Kelly.

Twitter was much less forgiving than Kelly's fellow players, with one writing: "Kelly is a THIEF #TheChase ".

"How disappointing #TheChase " added another.

"There is always one to ruin it. LOW OFFER B!TCH Twitter, do your thing. #TheChase " wrote another angry viewer.

* The Chase airs on weekdays on ITV at 5pm