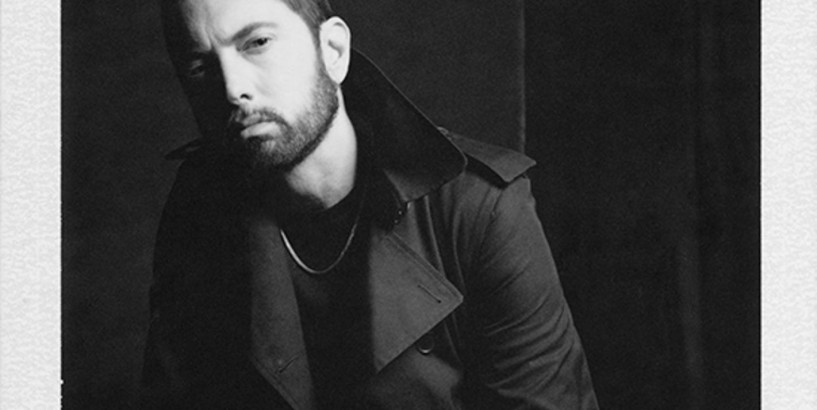 Eminem 's quarantine TV show of choice? His favorite new hip-hop album? His all-time favorite Detroit Lions player? Those answers and more arrived Wednesday afternoon as the Detroit rapper raced through fans' questions during a text chat and listening party celebrating the 20th anniversary of " The Marshall Mathers LP ." The Spotify event came 20 years to the week after the release of the album, which came during Eminem's rocketing rise to global stardom and continues to be regarded by many as his magnum opus. The online chat was hampered by technical snags, including lags that Eminem himself noted were "definitely making things tough." But he soldiered on, ultimately managing to reel off responses to an assortment of fan queries from around the globe, serious and otherwise, including: • His favorite Avengers character: The Hulk • His choice of most underrated rapper: His onetime Slaughterhouse compatriot KXNG Crooked • His favorite Tupac song: "Str8 Ballin'" • His favorite Beastie Boys song: "Rhymin & Stealin" • His favorite 50 Cent song: "Places to Go" (from the "8 Mile" soundtrack) • What he's been watching during the coronavirus lockdown: "Accused" • His favorite rap album at the moment: Young M.A.'s "Red Flu" • His favorite cereal: Kellogg's Raisin Bran Crunch • His favorite Detroit Lions player: Barry Sanders Eminem, who has been holed up in his Clinton Township, Michigan home during the pandemic, was also asked whether manager Paul Rosenberg was with him right now. "paul is in quarantine stupid," came the reply. Asked whether he would ever shave the beard that has become part of his look the past few years, the rapper responded simply: "Why?" He jokingly claimed that his favorite Eminem song is his much-maligned 2005 cut "FACK" and – presumably on a more sincere note – said the artist with whom he'd most like to collaborate is Outkast's Andre 3000. There was little discussion of "The Marshall Mathers LP," although Eminem did respond that his favorite verse from the album is the second section of "I'm Back." The album, which was released on May 23, 2000, and went on to sell more than 11 million copies in the U.S., will be celebrated throughout the year with special-edition merchandise and music releases. Remastered videos from the album – including signature tracks such as "Stan" and "The Real Slim Shady" – have begun hitting YouTube. Contact Detroit Free Press music writer Brian McCollum: 313-223-4450 or bmccollum@freepress.com.