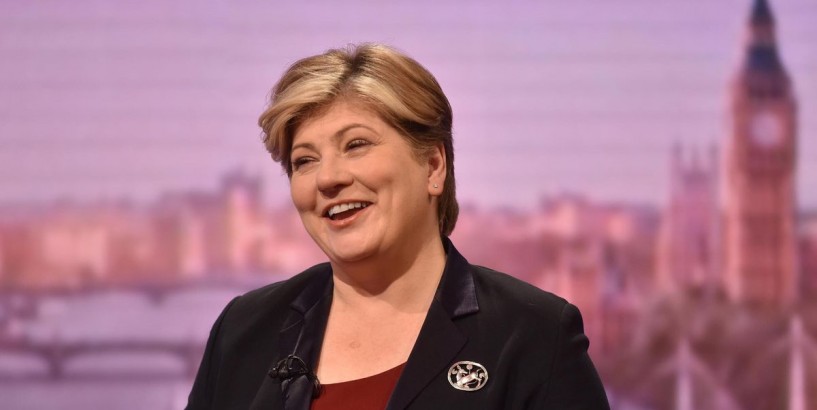 She told BBC1's The Andrew Marr Show: "I think the British taxpayer should pay for the security of Harry and Meghan and their family as they do for former ministers.”

Ms Thornberry pointed to Harry's two tours of duty on the frontline in Afghanistan when he was in the Army.

"He has done great service," she said.

Emily Thornberry sympathised with Prince Harry's position (Image: BBC via Getty Images) Boris Johnson will not force the EU to rush into a deal says Ireland's deputy PM Rebecca Long-Bailey says she would abolish the House of Lords as prime minister "I just hate to think what he must be thinking now, having used his instinct to try and defend our country, now he has his much-loved wife and his baby under the type of media scrutiny they are suffering.

“He must be really wanting to defend them."

Her fellow leadership candidate Clive Lewis said the Duchess of Sussex had been the victim of "structural racism" in the media.

"We can see it with Meghan Markle and the way that she's been treated in the media. We know this is a reality of the 21st century still after 400 years of racism," he told Sky News' Sophy Ridge On Sunday programme.

While Rebecca Long Bailey compared the "hostility" she had experienced from some sections of the press to that suffered by the Duchess of Sussex.

"Meghan, she's talked about hostility from other kind of sections of the press," she said.

"Certainly one of the things I've witnessed in my early days of my campaign - this was even before I'd decided to stand as leader - were the levels of abuse and the fact that I was getting targeted above all the other candidates for some reason.

"It seemed quite hostile and I think she's faced horrific abuse within the press and that's not acceptable. Don't attack a woman for the sake of attacking a woman."