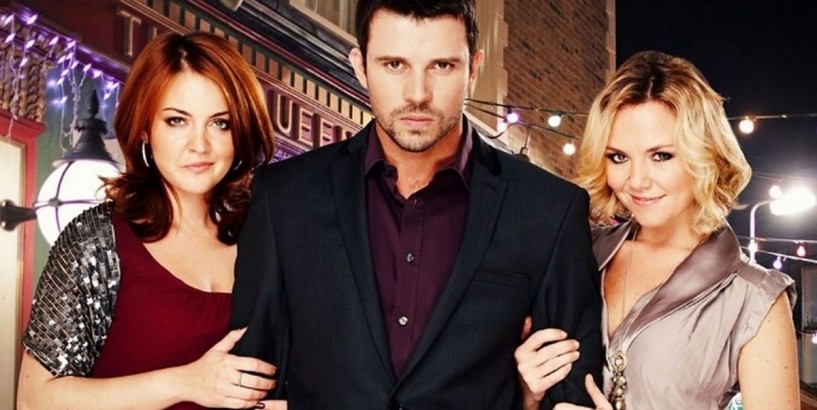 EastEnders is pretty much an annual event with their Christmas Day episodes, and fans can always expect huge drama. From death, revenge, secrets and affairs, there's often the predictable yet epic elements in store.

This year was no different with the reveal of Sheanu's affair, and the believed murder of Keanu Taylor.

Here are all the Christmas Day episodes of EastEnders from the past decade, along with how many people watched them at the time of transmission...

Stacey had killed Archie Mitchell a year earlier, with Janine intent on her going to prison - even stabbing herself and framing her rival.

But Max Branning and Ryan Malloy helped her to escape for a life on the run with baby daughter Lily.

Zainab's evil husband Yusef was revealed to be abusing her, and amid his plan to take her to Pakistan he attacked her ex Masood, leaving him for dead.

But after setting fire to the place, he had to return after being told his daughter was trapped inside - this was in fact a lie, and the character died as the house exploded.

The Branning brothers - Max, Jack and Derek, were at each other's throats over Derek's dodgy dealings and recent behaviour.

Scenes culminated with Derek suffering a heart attack, and dying in the street.

4: Christmas 2013 - 7.8 million viewers A car accelerates, heading for David and he is sent crashing to the ground (Image: BBC) Back in 2013, it was the beginning of the end for Janine Butcher whose killer ways were exposed.

Janine confessed to David Wicks that she had murdered her husband Michael Moon, with him recording the confession.

As the walls began to close in on her, she did what she could to remain free - even running David over in her car as revenge.

But the character had nowhere to run and was arrested.

5: Christmas 2014 - 7.55 million viewers Mick is pulling out all the stops to make the Carter family's first Christmas in The Queen Victoria perfect (Image: BBC) The Carters, who arrived a year earlier, were hoping to make their first proper Christmas in the pub a good one.

But all hell broke loose, when Linda bravely opened up to husband Mick that his half-brother Dean had raped her.

Mick attacked Dean, with the family torn apart as Shirley sided with Dean over Mick and Linda - with Dean claiming Linda had consensual sex with him.

His plan to take down everyone who wronged him over his wrongful imprisonment for Lucy Beale's murder was confirmed.

The fact he tried to kill Jane, killed Steven, took Jack's stepson away from him, ruined Ian's life, and even made Lauren's life a misery all came to light, with everyone turning against him.

Abi later died from her injuries (Image: BBC) Max horrified his family though as he climbed onto The Queen Vic roof and planned to take his own life, only for Lauren and heavily pregnant Abi to join him on the roof in a bid to talk him down.

Tragically, Lauren slipped and as Abi went to grab her both siblings fell off the roof. Abi's baby was delivered via caesarean, and days later Abi's life support machine was turned off after she was declared brain stem dead.

7: Christmas 2016 - 5.9 million viewers EastEnders (Image: BBC) A year before Max's revenge plan tore Walford apart, he made his surprise return to the Square on Christmas Day.

He was revealed to be self-harming, as he struggled with his time away in prison and his family's betrayal.

Max told Phil Mitchell and Ian Beale he forgave them for their parts in him getting sent to prison - while he was obviously lying.

Phil, meanwhile, needed an urgent liver transplant after suffering severe damage as a result of his alcoholism.

The family feared they would lose him, but over Christmas he had the operation and recovered.

Dennis had found out that Bobby was the killer of his sister Lucy Beale, and until this point Bobby had no idea what he'd done.

The news led to him attacking Dennis leaving him fighting for his life in hospital, creating a feud between the Mitchells and the Beales.

This episode also marked the start of Stacey Fowler's postpartum psychosis storyline, after she gave birth to baby Arthur on Christmas Eve.

9: Christmas 2019 - 5.5 million viewers (Image: BBC / Kieron McCarron) The most recently aired Christmas Day episode saw Sharon Mitchell and Keanu Taylor's affair exposed - as well as the fact he is the father of her unborn baby.

In brutal scenes, Keanu was kidnapped before seemingly murdered by Martin who later burned the evidence.

Keanu's partner, and Phil's daughter, Louise was also revealed to be in on the crime - while it was later confirmed in a flashback episode that Keanu is still alive.

Also at Christmas, the Carters were in turmoil as Linda vanished amid her battle with alcoholism.

It saw Alfie Moon's affair with wife Kat's cousin Hayley finally exposed, as well as the fact he was the father of her baby.

Hayley had turned against Alfie at this point as he led her on before going back to Kat, and it wasn't long before the two women and Stacey Fowler confronted him.

The scenes led to Alfie being feared dead, when Hayley pushed him down the stairs.

EastEnders airs Mondays and Fridays at 8pm, and Tuesdays and Thursdays at 7:30pm on BBC One.