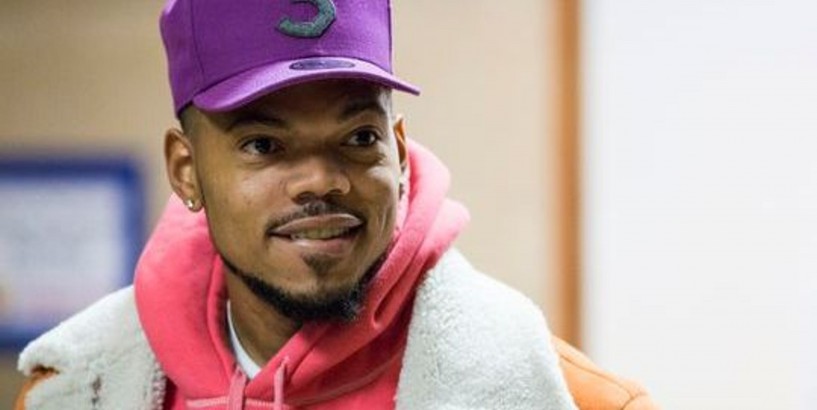 Chance The Rapper is looking forward to more family time. Following the birth of his second daughter, Marli, the Chicago rapper announced that he's postponing his scheduled fall tour for his full-length debut, "The Big Day." "I thought it over for the past week and I’ve decided to push back my tour," he wrote on Instagram Monday, days after welcoming the newborn with Kirsten Corley. "I need to be as helpful and available as possible to my wife in these early months of raising Kensli and Marli." Chance the Rapper explained that he didn't take a paternity leave in 2015 following the birth of daughter Kensli, now 4, and didn't want to "make that mistake again." "This year has been one of the greatest of my life; Marriage, new baby, first album etc. But with it being so eventful it has also been very strenuous having to divide my time and energy between family and work. When Kensli was born, I went on tour 2 weeks later and missed some of the most important milestones in her life, but more importantly I was absent when her mother needed me the most. At this point as a husband and father of two I realize that I can’t make that mistake again," he added. Related: Chance the Rapper welcomes new baby girl; wife Kirsten shares first photo He continued: "I apologize because I know how many people were counting on seeing me soon, but I hope you’ll understand and forgive me in time…I love you guys AND LITERALLY CANT WAIT FOR U TO WITNESS THIS SHOW." The rebooted tour will kick off Jan. 15 in San Diego, pushing the North American leg back into 2020. Several tour dates, including Ottawa, Newark, Omaha, Tulsa, Tampa, St. Louis and St. Paul, are still waiting to be rescheduled. However, his hometown performance in Chicago on Sept. 28 is still on, in addition to several upcoming festival appearances in Las Vegas. "We fully support your decision @ChanceTheRapper. Congrats on your new daughter, and we look forward to seeing you on Sep. 28!" Chicago's United Center tweeted Monday. More: Chance The Rapper married longtime love Kirsten Corley over the weekend Live Nation added, "Chance, we are so happy for the new addition to your Family and can’t wait to see you in 2020!" Existing tickets will be honored at the rescheduled dates, but refunds are also available at the point of purchase. More info and tickets for the new dates are available at chanceraps.com/tour. 'Shame is heavy yo': Chance the Rapper posts concerning message, responds to his critics See our full coverage of entertainment news