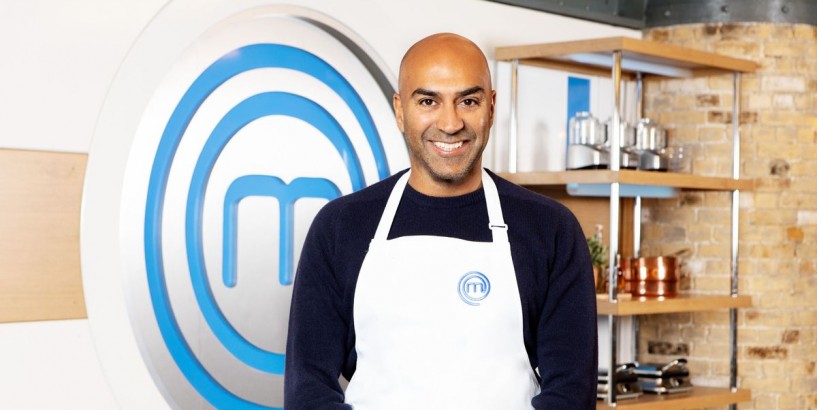 They say cooking doesn’t get any harder than this... well, it just did for Celebrity MasterChef’s first ever blind contestant. Travel presenter Amar Latif, the host of BBC2 documentary Beyond Boundaries, is among the 20-strong line-up when the addictive cooking show returns to our screens this summer.

Amar, who lost 95% of his sight as a teenager due to an incurable condition called retinitis pigmentosa, will have a sighted guide to help him navigate the kitchen – but he will do all the prep and cooking himself.

Carla-Maria Lawson, commissioning editor for the BBC, said: “The 20 celebrities who’ve taken up the MasterChef challenge this year are an exciting, ambitious and brave bunch.”

She added: “There’s been no holding back in their pursuit of the coveted Celebrity MasterChef title and their efforts will be a real treat for viewers in the BBC One summer schedule.”

Filmed before the current coronavirus crisis, the series puts famous faces will through their paces over five weeks to find out who is the best chef.

It is the first time the UK show has featured a blind contestant, although the US amateur version was won by blind Christine Ha in 2012.

Also cooking for the judges will be Olympians Sam Quek and Sir Matthew Pinsent and Death In Paradise star Shyko Amos.

They will be joined by TV presenters Gethin Jones, Jeff Brazier and Dom Littlewood, with the rest of the contestants made up of singers, comedians and TV reality stars.

Read More Showbiz editor's picks Giving viewers a taste of what is to come, Katie Attwood, series editor at production company Shine TV, said: “In the heats we kick off with the Market Test which throws up some pretty unusual creations for John and Gregg to say the least – it promises to be full of fun, surprises and some great food.”