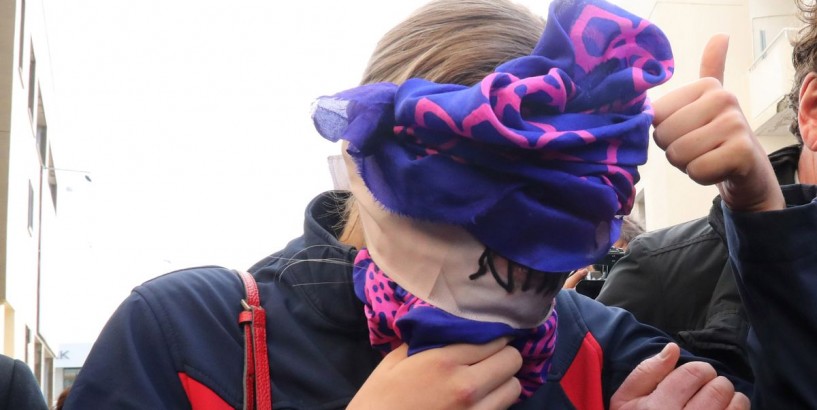 Brit teen, 19, in new hell as sex videos showing her with 12 Israeli men in hotel surface

The British teenager at the centre of the Cyprus rape storm faces fresh anguish after sex videos claiming to show her ­resurfaced online. The clips were posted on ­social media this week after the 19-year-old flew home.

Her controversial conviction for falsely reporting a gang rape sparked an international row.

Four graphic clips being passed around claim to show the girl and 12 Israeli men and teens in an Ayia Napa hotel room.

A source said: “She just wants all of this to go away.”

The girl, who cannot be named for legal reasons, was put on trial after withdrawing her allegations.

Her lawyers, who are preparing an appeal, said Cypriot police pressured her into making a false ­confession during seven hours of questioning ­without a lawyer or inter­preter.

On Tuesday she was given a ­suspended four-month prison term.

Read More Top news stories from Mirror Online Meghan 'flees when things get heavy' Teen raped in Greece takes her own life More snow on way after 70mph gales Couple's hell on £7k Jamaica holiday The girl, who was in the resort to work, said she agreed to have sex with one of the Israeli men before he knelt on her shoulders and raped her with his friends – a claim they all denied.

Outside court this week scores of protesters chanted “we ­believe you” and “no means no”.

Afterwards the girl said: “I am innocent and the fight will go on to clear my name. It’s been a nightmare.”

Her local police force in Derbyshire has offered family liaison and victim support ­services to her.